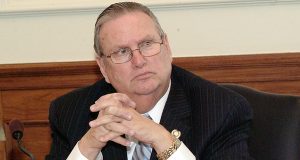 New Jersey Assemblyman Ralph R. Caputo has slammed PokerStars in an article for NJ.com, arguing that the ease with which the company may be allowed to reenter the market makes a mockery of the state’s stringent gaming regulations. PokerStars is a “disgraced” and “questionable” company, he says, and its attempt to brand itself with new ownership “doesn’t negate the company’s history.”

PokerStars imminent reentry to the online poker world is largely welcome news in New Jersey, with many believing it will invigorate an industry that has fallen well short of pre-regulation expectations. Online poker operations have suffered in the state because players still access illegal offshore sites, but a fully licensed PokerStars brand could be enough to bring those players back to the regulated market, many believe.

Recent reports suggest that regulators have responded positively to new owners Amaya’s application on behalf of PokerStars and Full Tilt, and the sites are likely to receive tentative approval to launch in the market as vendors, possibly as early as October 1.

However, Caputo, a democrat who is chairman of the Assembly’s Tourism, Gaming and Arts Committee, says it’s been too easy for PokerStars thus far, and is demanding a more rigorous scrutiny of the company’s business dealings, past and present. He highlights the fact that despite the announcement of the $4.9 billion Amaya takeover, the company’s founder, Isai Scheinberg, is a man with an outstanding federal indictment from the Department of Justice (DoJ), “a fugitive,” as Caputo puts it, and PokerStars was an unwelcome “bad actor” in New Jersey. While the Amaya deal conveniently removes the Scheinbergs from the equation, it’s the Scheinberg family, he says, that will largely profit from $4.9 billion dollar deal.

“To allow Amaya, which may be a legitimate company, to simply purchase assets and people that are the fruits of the poisonous tree, an enterprise that drew indictments from federal law enforcement while profiting handsomely, and let them operate in New Jersey would be an insult to everyone who has gone under scrutiny to work or do business in the casino industry over the past 30 years,” railed the Assemblyman.

Caputo draws on a speech by former New Jersey Governor Brendan Byrne, as well as New Jersey’s longstanding battle against organized crime, to highlight the importance of strict state gaming regulations. On the day that legal casino gambling was signed into law in New Jersey, Byrne famously said: “I’ve said it before and I will repeat it again to organized crime: Keep your filthy hands off Atlantic City! Keep the hell out of our state!”

“New Jersey’s strict gaming laws were enacted in an effort to keep organized crime members and other unsavory characters away from the casinos,” concludes Caputo. “But new ownership aside, of all the online gambling outfits hoping to get a piece of the New Jersey pie, PokerStars’ hands may be the dirtiest.”

This guy better be squeaky clean……