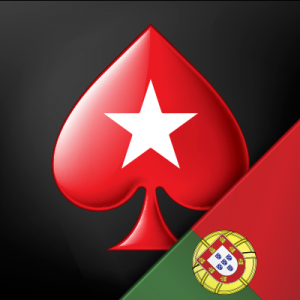 Now that it has regulatory approval, PokerStars.pt is expected to be up and running as soon as possible. Meanwhile Amaya foresees a less segregated future for Europe’s poker liquidity. (Image: PokerStars,pt)

PokerStars has become the first operator to receive a license to offer poker under Portugal’s new licensing regime.

PokerStars is expected to go live with the new Pokerstars.pt client as soon as possible; a launch that will mark the first time that Portuguese poker players have been able to play on the site since it left the market in July 2015.

PokerStars pulled out of Portugal just weeks after the country’s long-awaited online gambling reforms came into force; to have continued, of course, would have rendered it a black market operator, potentially threatening its licensing in other jurisdictions around the world.

The new laws have opened up the previously monopolized Portuguese market to international operators, with the cash-strapped government hoping to raise €25 million ($26.6 million) per year in taxes from the new venture.

PokerStars’ parent, Amaya, said at its most recent earnings call that it believed its entry into Portugal would offset losses incurred by a possible withdrawal from the Australian market, which may soon become necessary. Australia is soon expected to pass laws that will make it impossible for PokerStars to operate there legally.

One thing that remains uncertain in the new Portuguese market is the question of liquidity-sharing. Portugal initially said it would permit liquidity sharing with other countries. Then it said it wouldn’t. Then it changed its mind again.

Regulations currently allow any player registered on a Portuguese licensed platform to play with players registered on a platform licensed in any country that does not prohibit international liquidity-sharing.

But the problem is the regime is unable to host networks at all because new laws only permit consumer licenses and not business-to-business licenses; ie there is no scope for one operator to be licensed for the provision of a software platform to other operators. The new regime remains unable to issue B2B licenses until the law is changed, which could take some time.

This doesn’t affect PokerStars, of course, because it’s not a network, and it has more liquidity of its own than several networks put together.

Nevertheless, even for PokerStars, pooling Portuguese players with other countries will be a slow process, said Amaya CEO Rafi Ashkenazi last week, although he envisages a desegregated European market in the future.

“We are going to roll out Portugal very lightly on a closed liquidity basis initially before it will be opened up to a .com liquidity, in which we hope to [blend] all our premium liquidity together with France and Italy, but this will take probably some time,” he said.