PokerStars has rebranded its popular Spin & Go tournaments with UFC logos, one of the first visible signs of the new partnership between the two organizations. 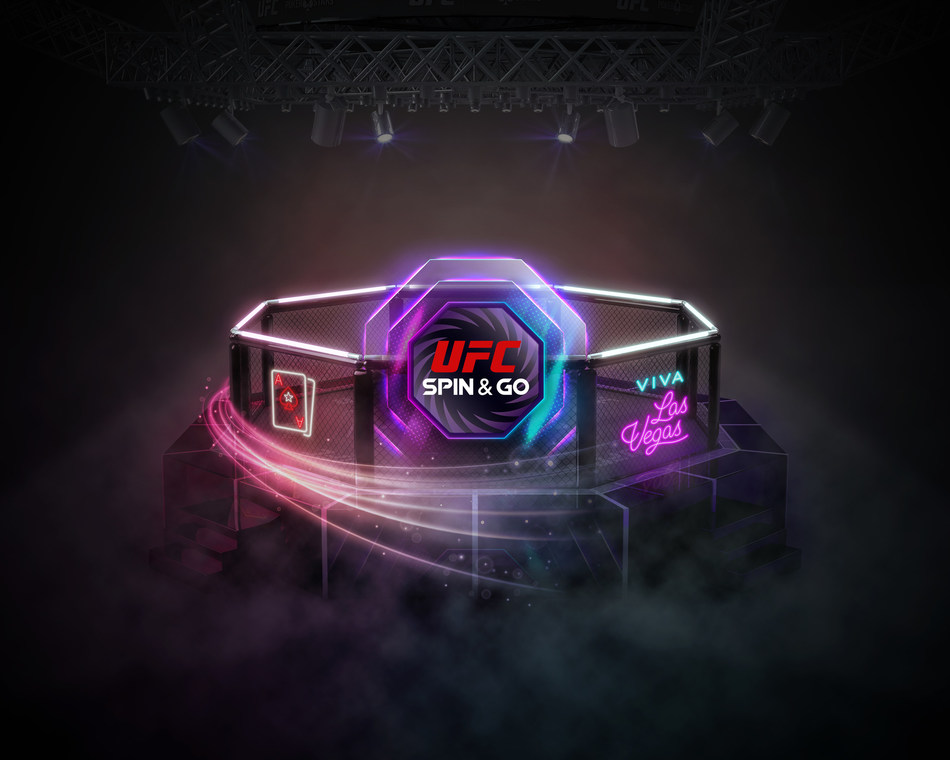 PokerStars has rebranded its Spin & Go tournaments to include UFC branding. (Image: PokerStars)

PokerStars became the first ever official poker partner of the UFC in December.

That deal led some to believe that PokerStars might roll out a new game with UFC branding to take advantage of the agreement. Instead, the online poker giant chose to rebrand their Spin & Go offerings without actually changing anything about the gameplay.

Players who check out the Spin & Go events will see the same mix of stakes, and the games still work in exactly the same way. Each mini-tournament features three players in a hyper-turbo structure, with the winner earning a prize determined by a random spin before the start of the action.

Instead, the changes are visual in nature. The default Spin & Go table layout now looks like a UFC Octagon, with the UFC branding appearing prominently in the backdrop. The UFC logo also appears in the lobby for the games.

But despite the fact that this marks only a minor cosmetic change for these tournaments, both companies heralded the move as the first sign of a lucrative partnership.

UFC is the perfect pick for PokerStars,” Stars Interactive Chief Marketing Officer Christopher Coyne said in a press release. “UFC fans have a high propensity to engage in gaming and many of our players are fans of UFC. Our plan is to thrill as far as wide as possible with games, promotions, content and competitions that trigger passions and enhance the overall experience at PokerStars.”

According to UFC Senior Vice President Paul Asencio, the mixed-martial arts promotion is happy to see its branding integrated into PokerStars’ client.

“It’s been great to work on exciting, new and innovative ideas along PokerStars since our exclusive partnership went live,” Asencio said in a statement.

While poker players aren’t really getting anything new out of the deal for now, PokerStars says that this will change going forward. According to the PokerStars Blog, there will be other UFC-themed promotions coming in the near future, including ticket and VIP experience giveaways attached to UFC 237 in Rio de Janeiro on May 11.

In the meantime, though, the public will mostly see evidence of the partnership via branding. The PokerStars spade will appear in the Octagon at all major UFC pay-per-view events this year, starting at UFC 236, which takes place this Saturday in Atlanta.

The Stars Group has made a concerted effort to partner with major sporting organizations since the Supreme Court decision last May that lifted the federal ban on sports betting regulations.  Last December, the company reached a multiyear agreement with the NBA, becoming an authorized gaming operator for the basketball league.

It was surprising for me to see the new spins logo but in general I understand that it is only a finansial contract for two partners and I dont care about it,I play spins and chilling for fun!)