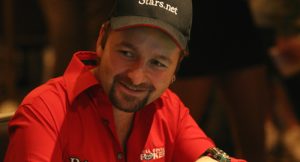 Daniel Negreanu claims that the recent unpopular changes at PokerStars were planned long before Amaya came on the scene. (Image: poker-king.com)

Love Daniel Negreanu or hate him: the legendary poker star cannot be faulted for expressing his not-always-popular opinions. And his most recent forum flap over PokerStars’ latest rake and other increases and cutbacks is no exception.

“Petition for Daniel Negreanu to quit PokerStars,” bellowed an inflammatory post in the TwoPlusTwo forums this week. “It’s his time to step up and take a stand against PokerStars,” continued the opening poster. “I humbly request him to terminate his contract… If it’s not possible for him to get out of his contract, make a public statement announcing he at least no longer supports the direction the new management has taken.”

Not the Expected Reaction

The poster did not have to wait long for a statement, but it wasn’t what he was hoping for. Negreanu, who didn’t get where he is today by biting the hand that feeds him, took to his blog to state that he was “fully aligned with the direction in which they [PokerStars] are going.”

Negreanu was defending his employer’s decision to raise the rake across its cash games and tournaments, a move that has caused consternation throughout the online poker community, and among TwoPlusTwo posters in particular. The changes will come into effect in two phases, the first today (November 3rd), and then again on January 1, 2015, and will be particularly tough on high-stakes cash-game players, heads-up cash game players, and Sit & Go players, with many believing they will no longer be able to beat those games.

It’s the latest in a string of unpopular decisions from a site that was always known for being “player friendly” in comparison with others. The introduction of Spin & Go’s has also proved unpopular with many players, as has the culling of several sponsored pros, and the recent decision to jack up the currency exchange rates.

Public sentiment is that new owner Amaya Gaming is to blame; however, Negreanu was anxious to dispel these rumors, suggesting that the changes were already part of a long-term PokerStars plan created well before Amaya entered the picture.

“I wanted to clear up a few misconceptions about some of the recent changes at PokerStars and throw in my two cents,” he said. “First of all, I think it’s really important to note that most of the recent changes were going to happen well before the new ownership group took over. The online poker landscape has changed over the last few years and many of these changes were inevitable in a competitive market for the company to continue to be the world leader.”

Negreanu was willing to concede that being a publicly traded company means that there are “more checks and balances and less leeway,” due to the need to keep shareholders happy, but he also claimed that PokerStars was always planning to go public at some point.

He also believes that the changes will be good for the game as part of a long-term strategy of attracting more recreational players to the virtual tables, although we’re not sure quite how raising the rake will achieve this; we assume he means the Spin & Go’s.

“[Without] bringing new recreational players to the game, poker games simply die,” said Negreanu. “It’s imperative that we attract new players and I do believe the company’s strategy will do that. If that strategy works, that could mean more profit for online grinders in the long run.”

It didn’t take long for furious forum posters to respond.

“Petition the Hall of Fame to Rescind its Induction of Negreanu,” screamed an enraged post back on TwoPlusTwo, on which forum members were asked to vote. They voted no.

Seems that this will get worse and possibly never any better. Stars has sold out to a Corporation that now has to pay Stars for their product/company. They have their own ongoing expenses to pay. For stock holders, profit must rise to compete in the stock market. Internet poker sites are finding more and more hands and fingers in their pie. They have to spend more to get application submitted to many US States and government AND non-US entities to offer their product. Non-US countries are imposing heavy taxation on internet poker sites. Computer expenses, software and hardware, are astronomical and rising. Everybody has their hands out for more of this HUGE profit center/cash cow.