PokerStars Partners with SafeCharge in UK 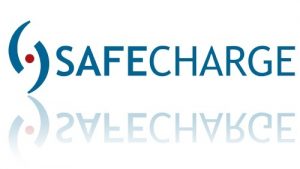 SafeCharge and PokerStars will partner to create the StarsCard for UK players. (Image: SafeCharge/calvinayre.com)

PokerStars has partnered with payment processing company SafeCharge to create a prepaid MasterCard that is branded with the PokerStars logo, known as the StarsCard.

The card will allow players to move funds between their bank accounts and their online poker accounts directly, while being integrated with a player’s PokerStars account.

SafeCharge says that will allow for maximum convenience for players while also providing “additional features for cashing out, spending and sending money to friends and family.”

Players will be able to fund their StarsCard with bank transfers, but can also use other debit cards or purchase vouchers from retail stores in order to get value onto the card.

This makes it similar to other e-wallets, though other products like Skrill and Neteller do not have the same level of integration with PokerStars. A similar StarsCard product, one that utilizes a Visa prepaid card, is reportedly offered in Italy.

The move makes sense for PokerStars, as it will allow them to offer a payment processing solution that will be very low cost for them, likely meaning they’ll be able to allow players to use it for free without eating very much into the company’s bottom line.

“All merchants would like their customers to use lower-cost payment methods but have had only mixed success in encouraging them to do so,” said analysts at Numis Securities. “PokerStars is a major online gambling merchant and there is potential to roll out this white label payment method to other operators and countries.”

Card May Prove Especially Popular in Other Countries When Available

However, those same analysts noted that the UK might not be the best testing ground for a product like the StarsCard, as players already have many low-cost and reliable payment options available to them.

That means that if the card is eventually spread to new markets, it may be most successful in areas where those options aren’t widely available.

That could even include the United States. There are plenty of available payment options in the USA, but fewer that can reliably be used for online gambling, even in regulated markets.

In 2014, New Jersey reported that only about 73 percent of Visa payments and 44 percent of MasterCard payments were being accepted, as the banks issuing these cards were often denying the transactions.

While New Jersey has introduced new codes to distinguish regulated gambling from offshore sites operating illegally in the state, it’s still unclear just how much the situation will improve.

Tying this all together is the fact that PokerStars may soon be coming back to New Jersey, with partner Resorts saying that regulators are close to approving the poker brand for a license and Amaya CEO David Baazov predicting that a PokerStars site could launch in New Jersey by the third quarter of this year.

If there are still payment processing issues at that time, and PokerStars can introduce a StarsCard product in the state that is more reliable than the typical debit or credit card, it could give them a huge leg up on the competition there.

On a larger scale, the move may be part of an attempt by Amaya to create a “one wallet” solution at PokerStars that caters to all the gambling needs of players.

According to Cantor Fitzgerald Canada analyst Ralph Garcea, the addition of sports betting and the announced interest in daily fantasy sports could all be part of an all-encompassing strategy to be a one-stop hub for gambling.