PokerStars New Jersey Celebrates One-Year Anniversary But Has It Been a Success?

On Tuesday, March 21, PokerStars celebrated its one-year anniversary of being back in the United States, or at least New Jersey.

In recognition of the milestone, the world’s largest-online poker site announced a special PokerStarsNJ.com $100,000 guaranteed “Big Sunday” event to be held on April 2. 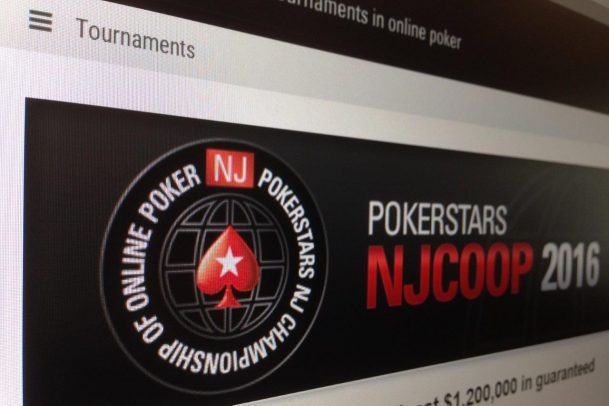 The PokerStars New Jersey Championship of Online Poker (NJCOOP) is one of the biggest online tournaments series held in the Garden State. (Image: PokerStars)

A Year’s Worth of PokerStars New Jersey Highlights

Over the past 12 months, PokerStars New Jersey has had several highlights including 32 different player promotions, live and online festivals, and James Piccolo’s memorable $100,000 Spin and Go win back in January.

In the festival’s $1,100 Main Event, Jason Acosta, who qualified via a 5,000 StarsCoin satellite, topped a field of 208 players to win the title and $38,220 first-place prize. To do so, Acosta had to best Michael Gagliano is heads-up play. Gagliano, considered one of New Jersey’s best, took home $28,116 for finishing runner-up. That was his second five-figure score of the series after winning the $2,000 no-limit six-handed event for $11,350.

New Jersey first legalize and regulated online gaming in 2013, and since then the industry has only matured. According to a review released by the New Jersey Division of Gaming Enforcement (DGE), the state’s gambling revenue was up 32 percent in 2016. In 2015, the state’s five online operators earned $148,880,180, and the next year that figure jumped to $196,709,327.

While Borgata was top dog in 2016 with more than $47 million in revenue, Resorts was the fastest growing thanks to PokerStars, which immediately became one of the largest poker networks in New Jersey. To put it in perspective, Resorts’ online revenue jumped 486.2 percent to $31,761,839.

While PokerStars finished the year strong, and despite them capturing 39.5 percent market share in their first quarter, things actually got off to a slower start than expected. Reasons for this included stiff competition from established brands like Borgata/partypoker and WSOP/888poker, and insider trading accusations against former Amaya Inc. CEO David Baazov.

Still, PokerStars held strong and appealed to players with both promotions and marketing campaigns. That included the likes of Jason Somerville and Moneymaker streaming online sessions from New Jersey on Twitch.

PokerStars New Jersey is expected to grow in 2017. Meanwhile, online poker operators have already set their sights on nearby states such as Pennsylvania, New York, and Michigan, just a few of the states considering online poker.