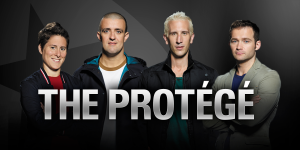 PokerStars has announced the winners of its Protégé promotion, a unique way for players to receive specialized and personal training from some of the best professional poker players in the world. And the four players who came out on top of the promotion are ready for their chance to learn and shine.

Team PokerStars Pros Vanessa Selbst, Andre Akkari, Bertrand “ElkY” Grospellier, and Eugene Katchalov will now offer intense training to the winners of the contest so they can play in the specified WCOOP (World Championship of Online Poker) tournaments on PokerStars. Each of the Protégé winners will attempt to do well in WCOOP and perform better than the others in order to win a PCA prize package.

There were tournaments held for each player every day from July 20 to August 3, one for each Team PokerStars pro that required a $5.50 buy-in. The top two finishers in every tournament were then asked to submit a very short, one-minute video containing an explanation of the reason they felt they should be the Protégé winner.

From those videos, the Team Pros picked eight finalists, and the public weighed in on social media to choose the final four. Those four were chosen as Rob Glenister of the UK for Selbst, Arseny Shurapchikov of Russia for Grospellier, Olga Ermolcheva of Ukraine for Katchalov, and Allan Justino of Brazil for Akkari.

The four winners were announced this week by PokerStars, and they have been in touch with their respective Team Pros. Tutoring begins this week, as their goal is to play in three WCOOP tournaments each, including the Main Event, which will offer a $10 million guarantee with $1.25 million promised to the winner.

The player who boasts of the highest earnings in those three events will win a prize package to the PokerStars Caribbean Adventure in January 2015.

Meanwhile, the Protégé winners will also get better acquainted with the poker public through Google Hangout sessions this week. Poker fans will be able to log in and ask questions of the four winners, whether about their poker history or their strategies for the upcoming WCOOP challenge.

Glenister told PokerStars that he has been playing poker for five years. The 29-year-old band member noted that he often falls short of extracting maximum value from various spots in poker hands while playing poker. That was listed as something he hopes Selbst can work on with him prior to the WCOOP.

Shurapchikov has been enjoying poker for seven years as a hobby, despite only being 23 years old, while spending his days as a sewage worker to pay the bills. He hopes that Grospellier can help him with the late stages of poker tournaments, as he feels strong at the start and comfortable with a variety of games.

Ermolcheva is the only woman of the group, and the Kiev native only began playing poker three years ago. Her weakness at the poker tables is giving in to tilt after losing big pots, and she hopes that fellow Ukrainian Katchalov can assist in fixing that, as well as highlighting her strength as a player who can use others’ underestimation of her to her advantage.

And finally, Justino is a 20-year-old poker player from Sao Paulo, who proclaims great dedication to the game. Akkari will work on his lack of aggressiveness in important situations in order to improve his game to the next level.

The four players will be followed as they play their WCOOP tournaments, and the winner of the Protégé finale will be determined after the WCOOP Main Event wraps on September 29.