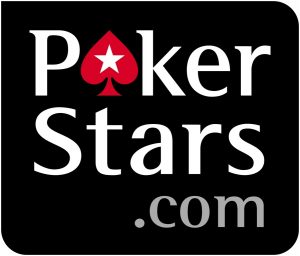 PokerStars, responding to player complaints, admits it needs to adapt its terms and conditions to react to new player-assistance software. (Image:Pokerstars.com)

PokerStars has said it’s prepared to reconsider rules surrounding the use of contentious third-party software.

The online poker giant conceded this week that, as new software is developed, it must keep its rules up to date and be prepared to change terms and conditions reactively.

The news comes following player complaints about a third-party program currently being employed by a small handful of players on the site’s high-stakes heads-up SNGs.

Players within the high-stakes “community” are demanding that PokerStars ban the software, which they say can turn good players into world-beaters.

The controversial program was built by London-based player “skier_5,” and offers users game theory optimal decisions, while the player remains in control.

In this sense, it is not a “bot,” and the software, which was submitted to PokerStars by skier_5 for evaluation, has been deemed acceptable for use.

PokerStars’ T&Cs state that while it “prohibit[s] external player assistance programs,” that “give an unfair advantage to the player,” this advantage is defined as “any instance in which a User accesses or compiles information on other players beyond that which the User has personally observed through the User’s own game play.”

He was also able to reveal far more about the exact nature of skier_5’s software than was known previously by the community at large.

“As evidenced by recent forum discussion, the topic of third-party software in online poker is a highly complex and contentious issue,” said Day.

“A developer recently shared new software with us for evaluation and we informed him that the software was allowable. The decision was based around the premise that static reference material that does not change depending on action in the hand, or any other variable, is permitted. This rule was initially designed some years ago so that Nash charts and other similar documents would be permitted to be referenced while playing.”

“The software we reviewed allows quick and precise reference to a very large number of static charts that cover most or all preflop situations. While within our current rules, this software goes beyond the level of assistance we want to see software providing players in our online poker room.”

Other Software Would be Banned

Day added that PokerStars’ terms and conditions would likely be changed to bar “any tool or reference material that offers commentary or advice that goes beyond a basic level, such as stack-size-based starting hand tables, decision trees or heads-up displays that dynamically change based on player action or card values.”

If implemented, this rule would not just prohibit skier_5’s software but a number of other programs more widely used by poker players, such as Poker Academy, HEM2’s Leakbuster, PokerTracker 4’s Leak Tracker, FlopZilla, NoteCaddy and PokerStove.

It’s a tricky decision for PokerStars. Such software is used by the site’s biggest players, allowing them to play multiple tables at once and generate a high volume of rake.

Good Decision Poker Stars. You are finally coming around to recognize the value of recreational players and fair play.

All players across the board should have peace of mind that they are playing on the exact level as their opponents with no advantages.

This is one small step for the honest and skilled players out there in the game relying on their skill with no help from any software.

I hope in the Future Poker Stars will see the value in abolishing all soft wares being used as a advantage by some players . So all players will play each other on the same playing field.
This will only add credibility to Poker Stars and the game of Poker.

I will always remain a player for the Integrity,Honesty, Credibility and betterment for the future of the game.

I am one of those players who has always used poker software to assist my play at PokerStars. I use it precisely because it is the only way to simultaneously play in a dozen tables (or more). I hope PokerStars will be sensitive to the fact that many of us provide FAR MORE entries into tournaments and populate the ring games more extensively than recreational players. Otherwise, why play online at all?