PokerStars’ 12th anniversary Sunday Million has fallen short of expectations by more than 11,000 players and $1 million — creating a huge overlay for players, but major disappointment for the site. 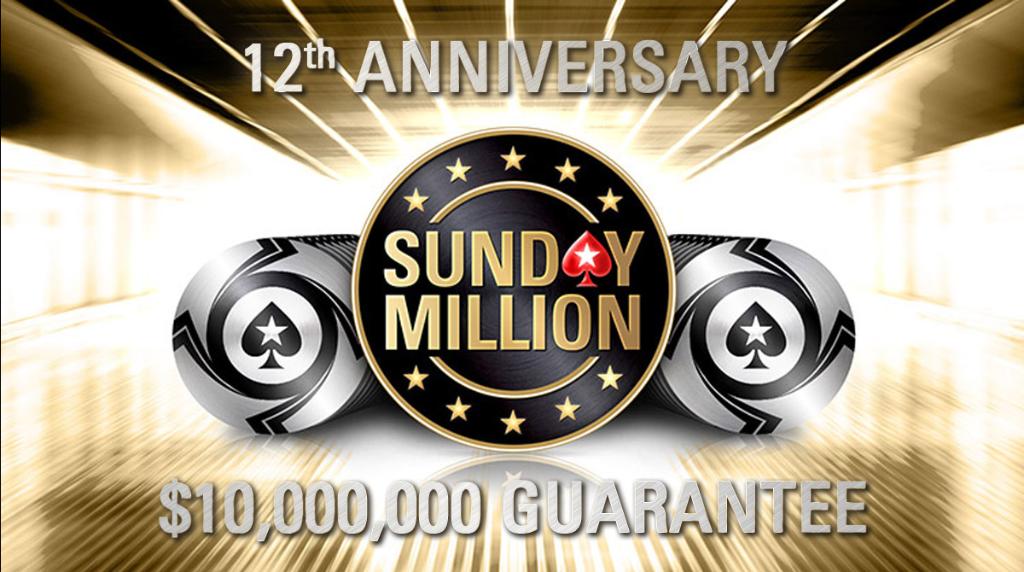 The long-running Sunday Million has always been PokerStars’ marquee MTT, but not even the allure of a $1 million guaranteed top prize could generate enough buy-ins to prevent an overlay.

As is customary, the online poker site marked the 12th anniversary of the weekly tournament by promising a prizepool of at least $10 million.

In contrast, the 2017 anniversary Sunday Million saw 55,835 players register and push the prizepool beyond the $10 million mark. For players, the sniff of some added value was not only unexpected, but more than welcome.

“Nice little $1,205,000 overlay in the Sunday Million on PokerStars, good to see them giving something back to the community. Now to get my share of it” tweeted Mick Graydon.

Although online overlays don’t typically make the headlines, the fact this loss occurred during one of the largest MTTs of 2018 is significant. One explanation for the lower than expected turnout could be a general downturn in the number of players anteing at the highest stakes.

Is Casual Focus to Blame?

Despite running a plethora of satellites, the $215 entrance fee is more than most casual players are willing to spend on a single tournament. With PokerStars now angling its product towards novices, the missed guarantee could be a sign that its efforts are paying off.

To back-up that potential explanation, the 7th anniversary $11 Sunday Storm, which ran on the same day and offered a $1 million prizepool, beat its guarantee by $420,990. Another reason for the Sunday Million’s recent shortfall could be that there are now more alternatives out there for high stakes players.

Also on the tournament menu on February 4 was partypoker’s PowerFest Main Events. Although it cost ten times more than the Sunday Million, the $2,100 High Main Event managed to attract 525 runners.

While PokerStars will be able to brush off the loss with relative ease, the latest news is indicative of the way online poker has changed in the last 12 months. As operators work to bring new players into the game by using celebrities such as Kevin Hart, the natural consequence appears to be a drop in high stakes action.

Although it’s too early to call it a trend, there is an ongoing shift taking place within the industry and it looks to be one that’s affecting even the biggest brands.

lol really first think from many years that amaya made for community!
TY