PokerStars launched officially in New Jersey on Monday, having received full technical approval from the New Jersey Division of Gaming Enforcement (DGE). The site had been in soft-launch phase since Thursday, a requirement that allowed the regulator to test the platform for compliance, with particular focus on the geolocation and age-verification protocols. 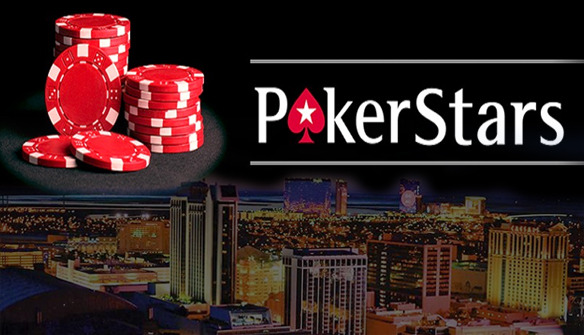 PokerStars officially launches in New Jersey, almost five years after it beat a hasty retreat from the US. (Image: casinoconnection.ac.com)

PokerStarsNJ.com, it seems, has passed with flying colors, and with none of the technical hiccups, geolocation in particular, that dogged its competitors when they launched in the market in late 2013 and early 2014.

The soft launch was limited to 500 players at any one time, a cap that ultimately proved to be unnecessary, as the deluge of liquidity that had been anticipated by some did not materialize.

PokerStars’ liquidity was certainly very good for a new entrant to a stuttering market, however, with cash game players averaging around 110 over the period, according to PokerScout.com.

This places the site third in the market, although it should be noted that the PokerStars’ traffic peaked at 304 on Sunday evening, higher than second-placed Party Borgata.

“Sleek and robust software, just like the good old times!!” wrote a New Jersey reviewer on PokerScout. “But wish the big pool of players came along with it.”

But while PokerStars’ entrance to the market has not exactly ignited a poker boom in New Jersey, neither does it appear to have detrimentally affected the traffic of its competitors, as many suspected it might.

Of course, it’s as yet very early in the game for any conclusions to be formed from any of this.

PokerStars has announced that New Jerseyans who previously held a site account are eligible for a welcome offer based on their previous play history, as it stood almost five years ago.

Customers signing up to the new site using their old log-in details will retain their last-held VIP status and frequent player points, which are now known as “StarsCoin,” an offer that will be available until May 31, 2016.

Meanwhile, all players signing up within the next seven days will receive a ticket into a $25,000 freeroll.

“We could not be more proud to bring PokerStars to New Jersey,” said David Baazov, chairman and CEO of Amaya, in an official statement. “Working with our partner, Resorts Casino Hotel, we look forward to providing the most exciting, innovative and secure gaming experience to New Jersey.”

“This is a great day for online gaming, for state players and residents and for Atlantic City,” added Morris Bailey, owner of Resorts Casino Hotel, with whom PokerStars has partnered in the state.