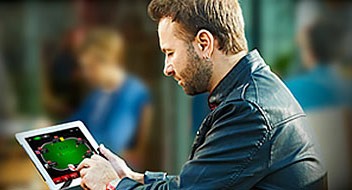 PokerStars has started the Summer Daily Challenge and will be giving away $500,000 in cash plus entries to WCOOP events.

PokerStars has started a new promotion called the Summer Daily Challenge that allows players to compete for more than a half-million dollars and also win entries into huge tournaments.

Players interested in participating will need to look at their personal Summer Daily Challenge window inside the PokerStars software client.

Every day at midnight ET, a new challenge becomes available through September 4.

What’s Up For Grabs

Once a player completes a Summer Challenge, a ticket to an All-in Shootout is awarded. This allows participants to get into a corresponding “Summer All-in Shootout” tournament which is played daily at 14:05 ET. Each one of these special tournaments comes with a specific prize pool, starting at $10,000 and going up to $30,000.

It will not take much to complete the daily tasks

Every tournament guarantees at least $1,000 for the winner. As a great bonus, each tournament winner will also receive a $215 tournament ticket, which can be used to enter any World Championship of Online Poker (WCOOP) event.

Players that complete 10 Daily Challenges will have something else to compete for, on top of the regular promotion. Those that qualify can enter into the $150K Summer Bonus Challenge within the same Summer Challenge window and earn a ticket to a special $150,000 Bonus All-in Shootout, which will be played on September 6. In that tournament there will be $100,000 in cash to be won including $10,000 to the first place winner.

For All-in Shootouts, players do no need to be present to win, as all players who register in advance will be all-in every hand until there’s a winner. Players should be reminded that they must hit the “Start” button on their Bonus Challenge before starting any of the Dailies, as any challenge completed prior to hitting start will not count towards the progress of the challenge.

All WCOOP ticket prizes are credited to a player’s account within 48 hours of competition of an All-in Shootout.

Exactly How to Participate

Players that use their desktop, be it on Windows PC or Mac, need to log into the PokerStars software client and choose “Summer Challenge” from the menu bar.

Those using an Apple iOS device can log into the official PokerStars App and press the “More” button at the bottom of the screen and then choose “Summer Challenge” from the menu.

Those using Android devices would log into the app, access the extended menu, and then choose “Summer Challenge” from the options that appear.

Make sure to visit every day to see what the current day’s challenge will be and to press the “Start” button before completing that task.

PokerStars wants players to note that there is a cap of 60,000 players for each of the special All-in Shootout promotional tournaments and that seats are strictly first-come, first-serve.

The entry tickets to the shootouts will typically show up in an account within two hours after completing a challenge. Players will receive a ticket with plenty of lead time to the corresponding shootout and can only be used for that specific tournament.

Any unused tickets are forfeited and as stated earlier, players just have to register to participate in the tournament and do not have to actually be present to win.

It will not take much to complete the daily tasks. PokerStars, on the official promotion page on their site, posted the challenges that might show up for players.

Players are encourages to check in every day to see their challenge.

Help me dude I want to play you ,liv Phil, the hole lot and pokerstars is the way forward