PokerStars Italy Worth 2.58 Percent of Country’s iGaming Market Share in 2015 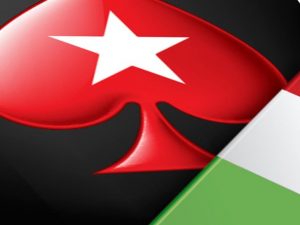 PokerStars Italy has seen a rise in revenue, thanks to adding casino games to its offerings in 2015. (Image: Pokerfuse.com)

PokerStars Italy has a firm hold on 70 percent of the online poker market in that country. Now, it is becoming one of the top online casinos overall in Italy as well.

At the end of 2015, the gaming site accounted for 2.58 percent of Italy’s online gambling revenue. That factors in all casino games, including poker, blackjack, roulette, and slots. AAMS hasn’t released information on what percentage of the revenue PokerStars Italy generates comes from the poker side.

The PokerStars Italy client is generating revenue solely from residents of that European country. That means its players do not compete against those in, say, England or France, as no player pool sharing agreements have yet been formalized. France, in fact,has just this week rejected poker player pool sharing on its own, so that contender has left poolside altogether.

Poker has been popular in Italy for years, so the nation’s PokerStars website, which is the most recognizable brand in the world, generates solid traffic, far more than any other poker site in the country. But without a shared international player pool, revenues generated from the PokerStars Italy client are limited to just its own countrymen’s bankrolls.

Overall, online poker has fared well in the boot-shaped country. But there have been a few hiccups along the way, which may have been prevented by that lack of shared liquidity with other countries.

In June of 2015, Italian lawmakers began discussing the possibility of Italy’s online poker industry joining a shared player pool, but to no avail thus far.

PokerStars Italy could rise up the market share rankings in the near future, as it has plans to add sports betting. This past May, the previously a poker-only website added the general casino games function to widen its appeal.

That helped the online gambling operator increase revenues, because casino games are far more popular than poker pretty much universally. But the PokerStars Italy site still has some catching up to do with its online competitors.

Lottomatica topped the charts in 2015 with a 14.66 percent market share. Sisal came in second with 9.69 percent, followed closely by William Hill at 8.28 percent.

PokerStars’ 2.58 percent market share was higher than big name full-service online casino operators such as Bet365. Adding sports betting to the site’s arsenal in 2016 could very well mean a huge jump on the rankings ladder, possibly as high as the top six in Italy.

Needless to say, Amaya will be keeping a close eye in 2016 on the progression of its online gambling site in Italy.