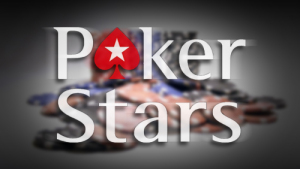 A  class action brought against PokerStars by an Illinois mother who sought damages for money lost by her son while playing poker on the site has been dismissed by an Illinois judge. Had the complaint been upheld, it would have set a precedent that could have had catastrophic repercussions for PokerStars, potentially making the site liable to pay back anyone – at least from Illinois – who had lost money playing online poker on its technically illegal platform, a bill that would have surely run into multiple millions.

PokerStars Not a Winner

The complaint, which relates to money lost prior to PokerStars’ withdrawal from the United States after Black Friday, and was brought by main plaintiff Kelly Sonnenberg, stated that, as PokerStars was essentially operating an illegal gambling operation at the time, the plaintiffs were entitled to claim up to three times the amount of their losses under the llinois Loss Recovery Act (LRA). However, the judge ruled that this money could only be recovered from the “winner” in an illegal gambling transaction, and since PokerStars was merely the software provider and facilitator, and because Sonnenberg could not provide the details of the “winner”, the case should be dismissed.

The Court concluded that, while the site accepted rake for facilitating poker games, “the PokerStars Group is more akin to a third-party service provider that provides a forum for others to play the game and does not have a stake in how the game is decided. While Sonnenberg’s affidavit in response to the motion to dismiss states that she is seeking recovery based on her son’s losses; the first amended complaint is devoid of allegations stating the ‘who,’ ‘what’ and ‘when’ of the losses she seeks to recover. However, the Court finds that Sonnenberg has sufficiently alleged that the losses occurred in Illinois through the illegal gambling Internet site.”

While the judge gave Sonnenberg leave to amend her complaint, PokerStars’ lawyers said they believed that this would be the end of the case. Rachel Hirsch, representing the site, said it would be “virtually impossible” for the Sonnenberg to continue in the light of the judge’s dismissal, while her colleague, David Deitch, said he hoped that “judges in Kentucky and other states with similar loss recovery statutes will recognize the simple but important principle that a ‘rake’ does not make a company a ‘winner’.”

PokerStars’ also seized the opportunity to argue that its agreement to pay the Department of Justice $731 million over a three-year period to acquire collapsed competitor Full Tilt and expedite a repayment plan for US players’ accounts precluded this and any similar claims; however the court refused to pass judgment on this point.