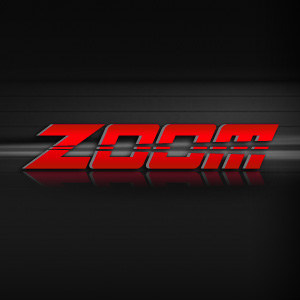 PokerStars heads-up (the static version) gets a thumbs down: heads-up bum hunters will have to Zoom in now to play HU. (Image: PokerStars.com)

PokerStars heads-up tables will soon be one for the history books, at least in their classic format. The site’s static heads-up games are set to become a thing of the past later this week, after the operator informed players that Zoom games only would now become the norm.

In the newer Zoom (which was first presented as an option a few years ago), players must face a new opponent on every single heads-up hand, making it a kind of musical chairs for HU poker.

Posted on 2+2 on Monday by player “numbeo,” the message was sent out to all players that had been active at a real money heads-up table within the last three months. It stated that all forms of Hold’em (No Limit, Pot Limit, and Fixed Limit) and Pot Limit Omaha regular (static) heads-up tables will be removed from the site on February 12th.

Already in place at stakes between $0.25/$0.50 and $25/$50 Cap (pots can only reach 20bbs)  Zoom heads-up tables follow the same format as six-max and full-ring Zoom games on the site. In all Zoom formats, players constantly switch seats (determined randomly by software) and face new opponents every single hand.

The concept, in going along with PokerStars general direction these days, is to level the playing field so that very experienced players cannot seek out amateurs with the specific goal of cleaning their clocks.

To ensure those used to playing for those higher stakes are suitably catered to, PokerStars will be adding a selection of new Zoom heads-up tables in the coming days, including $50/$100 options.

Following the advent of online poker training sites and “professional grinders,” heads-up games online have become a tough place to play since 2010. Aside from players becoming more generally proficient, the process of sitting out and bum hunting has slowly caused the number of active tables to decline.

The dynamic that’s commonly seen across various online poker sites, including PokerStars, is that skilled players will sit down at any available table and wait until a weak player arrives. If this doesn’t happen, or a potential opponent is too strong, they will simply refuse to play and essentially grind the action to a stop.

Over the past few years, sites have introduced a number of schemes to tackle the issue. iPoker used a “heads-up hogging prevention” system to track players’ activities and restrict their access to heads-up tables if they constantly targeted weak players.

Similarly, the Microgaming Network removed its standard HU tables back in 2013 and replaced them with heads-up Blaze tables (its version of fast-fold poker).

PokerStars itself also floated a number of ideas, including a forced play system whereby players would have to play a set number of hands if an opponent sat down. However, with the popular site now shifting many of its products towards casual players, this appears to be the perfect time for it to completely remove the source of the problem.

“This change is part of our commitment to reducing predatory behavior and improving the recreational player experience,” read a statement from PokerStars on Monday.

Soon after the news broke, a number of forum members responded with praise for the idea. Tired of seeing endless lists of empty tables and stagnating games, player such as “TheDefiniteArticle” are looking forward to the removal of what they see as “a blight on the poker economy.”