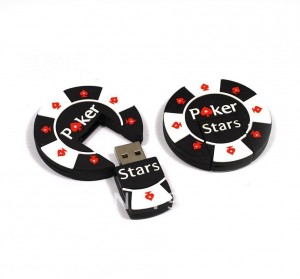 Poker players are known for being averse to change unless it benefits them directly. So when PokerStars decided to change its Frequent Player Points (FPPs) policy regarding tournament satellites, players were not shy about expressing their dismay.

In addition, the implementation of the new system that kept players from unregistering from an event entered with FPPs had a bug when it came to mobile users. With two strikes against the new policy, PokerStars decided to reverse it within a week. The site reserves the right to take another look at a potential change in the future, but players need not worry about change at this time.

PokerStars has mastered the art of player satellites. Customers can satellite into everything from live to online tournaments, as well as use the well-honed VIP program to earn points and use them for said satellites.

On July 14, PokerStars decided to make a change across the board to that policy without much notice to players. Those who had won tournament seats through satellites in which they used FPPs to enter, would not be able to unregister from the event. The new requirement obliged players to commit to the satellite and corresponding event.

The change was a complete switch from the previous policy that allowed players to receive the event buy-in in the form of tournament dollars into their PokerStars account and then use the online money to play any tournament of any buy-in. Some players even sold said tournament dollars to other players for cash. Players below the Supernova VIP status had previously been able to exchange FPPs for a higher rate than what had been available at the VIP store.

Players, namely professionals and experienced cash game players, were not pleased with the change and immediately took to the poker forums to express their opinions and try to find a way to better use their FPPs. And FPP satellites saw a serious dip in registration.

Some players who wouldn’t likely qualify themselves as professionals were not as displeased with the change, as they felt it was a way to keep satellite pros out of the event satellites. Recreational players who really wanted to win seats to a particular tournament would have a better chance at winning and not being taken advantage of by the regulars.

Within a week, PokerStars reversed the policy back to its original status. The new requirement was erased, and all changes implemented recently had been undone.

A PokerStars representative took to a thread on the Two Plus Two forum to explain the decision. The first reason listed was noted: “We’ve encountered a software bug on mobile devices that causes the warning message not to appear.” The second reason followed: “The goal of this change is to ensure that satellites are achieving their intended purpose, to help players qualify for tournaments that they might not otherwise play. However, the change had an additional substantial, but unintended, negative impact on the value of VIP rewards for a subset of players.”

The rep went on to say that the FPP system may be changed again in the future, as the company will move in the direction of requiring satellite winners to honor the actual prize. With that said, more thought will likely go into the change in order to work out bugs in advance and reduce the negative impact on the players who will be the most affected by it.

The FPP satellite system has now been restored.