PokerStars Gets License to Operate in Czech Republic, May Back Out of Australia

We’ll start with the positives. As of January 1st, online gambling sites must obtain a license to operate in the Czech Republic. 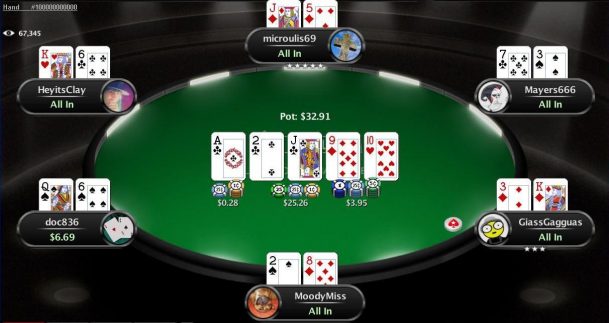 PokerStars received a license to operate in the Czech Republic but could be out of the Australian market soon. (Image: Pokerstars.com)

Companies that refuse to abide by this new law can be prosecuted. That hasn’t stopped many of the online casinos from continuing to provide services to residents without a license.

But PokerStars isn’t one of them. Those residing in the Czech Republic will soon be able to legally play on the poker site that controls more than 75-percent of the international market.

PokerStars.cz is days away from launching legally after the company obtained a license on January 28. The country has 10.5 million residents. That may be a far cry from the 319 million citizens in the United States, a place where PokerStars is non-existent in most of the country. But it is a nation where poker is popular.

“We are very proud to be the first online casino and poker operator to be awarded a license and support the newly regulated Czech market,” said Guy Templer, Chief Operating Officer of Rational Group, in a press release. “This underscores our commitment to supporting local regulations and obtaining local licenses wherever possible.”

Prior to the recent legislation, poker sites were operating without licenses in the Czech Republic. The poker market is huge for a mid-sized country.

There are four players from Czechia who have surpassed the $1 million lifetime live tournament winnings mark, along with numerous accomplished online pros.

Vojtech Ruzicka finished 5th at the 2016 WSOP Main Event for $1.9 million. He has more than $3.2 million in winnings lifetime. That’s well below Martin Staszko’s $6.1 million. He was the runner up at the 2011 Main Event.

Staszko cashed in seven World Series of Poker events last summer. Martin Kabrhel is 3rd on the list with $2.1 million. He has numerous six-figure cashes during his career.

And now for some potentially bad news. Due to recent stringent online gambling regulations proposed in Australia, 888poker has already backed out of the market.

Rumors have been swirling around that PokerStars, and other leading online gambling operators, will follow suit in the near future. If lawmakers in Australia pass the proposed bill forcing online poker sites to obtain a license, PokerStars may have no choice but to exit stage left.

“Amaya continuously monitors the regulatory environments of the countries in which it operates, and where a regulatory model exists always seek to comply with it,” the company said. “While Amaya currently offers poker to Australian customers through PokerStars under its Isle of Man global gaming license, if proposed legislation passes into law players located in Australia would likely be blocked from playing on our sites.”