PokerStars and Full Tilt Could Return to New Jersey in October 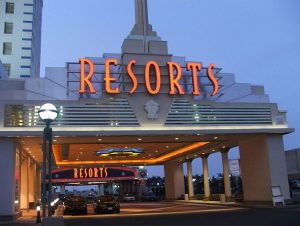 Resorts Casino in Atlantic City would be the most likely home for the PokerStars brand if it returns to New Jersey as a legal online brand this fall. (Image: Indian Country Today Media Network)

PokerStars and Full Tilt were once the two biggest names in American online poker. That all changed after Black Friday, of course, and since then, regulators have proven unwilling to work with those brands because of how long they stayed in the USA. Now, a change in ownership could be triggering the return of these iconic poker rooms to the United States.

According to a recent story in NJPokerOnline, unnamed sources in New Jersey say that both PokerStars and Full Tilt could be on the verge of receiving approval to operate in the New Jersey online gambling market. That report says that a tentative launch date of October 1 has been set for both brands.

The New Jersey Division of Gaming Enforcement (DGE) has not confirmed any of the information in the report. However, it is known that the DGE looked favorably on the recent purchase of Rational Group by Amaya, suggesting that the removal of the Scheinbergs from the management of PokerStars and Full Tilt could be enough for regulators to welcome back the companies.

According to the report, Amaya received a preliminary approval to prepare their two brands for New Jersey launches just before an August 11 deadline. That would give them more than a month to meet all of the technical and regulatory standards necessary to receive a license in the state.

The trickiest part of any return for the Amaya-owned brands will be the licensing structure. PokerStars had long worked on setting up a route for itself to get into the New Jersey market, and the brand did have a partnership in place with the Resorts Casino Hotel. A license application for PokerStars was suspended by the DGE in the past, with the understanding that it could be reconsidered should there be changes at the company.

However, that may not be the route that Amaya ultimately takes. According to Newell’s report, the DGE is “not prepared” to revisit the PokerStars application. Instead, Amaya may be able to adjust their current licenses and paperwork to include the Rational Group properties they’ve recently purchased.

Amaya is already a part of the New Jersey online poker market, as their Ongame software is utilized at the Golden Nugget’s Internet poker site. They also have partnerships with Caesars, the Borgata, and Trump Plaza. This could create conflicts in the market, as some (or all) of these casinos may object to Amaya providing their software and then using those partnerships to justify bringing PokerStars and Full Tilt back to the market.

Regardless of the regulatory methods used, it’s likely that Resorts will ultimately be the home for these brands, as they already have an existing agreement with PokerStars. Given recent acquisitions for Full Tilt, it would seem likely that PokerStars could become the Resorts poker product while other casino games are offered until the Full Tilt brand.

The possible return to the New Jersey market comes directly on the heels of Amaya’s $4.9 billion purchase of the Rational Group, the parent company of both PokerStars and Full Tilt. When that purchase was first announced, returning these brands to the United States was one of the stated goals for Amaya.

I thought I heard that one of those companies were crooks. The pros were in on some scam or the software was crooked or something. Didn’t somebody get arrested or something?