PokerStars Files Trademarks to Ready for US Return 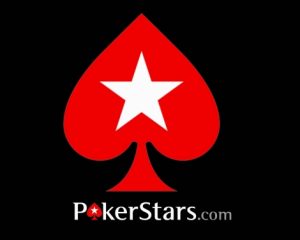 Rational is filing trademark applications for PokerStars, which may indicate the room’s return to the US market. (Image: PokerStars)

PokerStars has filed trademarks, presumably in anticipation for a return to the United States. The company has become a name synonymous within the world of online poker and their US return is hotly anticipated. But for American players, the popular online poker room has somewhat of a murky past. Most gamblers likely remember “Black Friday” of 2011 and the events that led to many sites, including PokerStars, pulling out of the US online market.

Since that time, PokerStars has continued to be the biggest brand and online destination for poker players and hopeful professionals elsewhere in the world, while the US was left waiting in the wings.

The past couple of years have seen a drastic shift in how the US handles gambling online, especially poker. New Jersey, Delaware and Nevada have opened the floodgates and players in those states are allowed to enjoy online poker again. While three out of fifty states seems sparse, California is predicted to follow suit next year. Now PokerStars is expected to make its long-awaited comeback to the US market and is taking the steps to become the country’s biggest brand once again.

Since PokerStars was sold to Amaya Gaming in June, many have been expecting the company to make a push to bring the brand back to the US. Last year, PokerStars’ application as an online gaming operator in New Jersey was suspended, but Amaya is attempting to reopen the application with the New Jersey Division of Gaming Enforcement. From there, a formal approval and launch date announcement are expected in a matter of days.

Rational Intellectual Holdings Limited has filed a number of applications for trademarks in the US, a definite sign of the company’s confidence that the poker room will return. It is the first time PokerStars has attempted trademarks in the US in seven years. Six terms and logos including PCA, PokerStars Caribbean Adventure, We Are Poker and Zoom Poker were applied for last month.

In total, Rational owns 13 trademarks that are registered or pending in the US Federal Trademark Database. Some of these notable trademarks include PokerStars, World Championship of Poker, Sunday Million, WCOOP, PokerStars Spade, WCP and World Cup of Poker.

Late to the Party

Many of these trademarks represent a current PokerStars that might be somewhat unfamiliar to those who experienced the room back in 2011 and never kept up with new features. “We Are Poker” is a slogan that was first used by PokerStars in December 2011, eight months after it left the US.

Those same players likely won’t recognize the trademark of Zoom Poker. PokerStars’ variant of fast fold poker (or Rush Poker on Full Tilt) was patented in May of this year and has proved to be a very popular game in Europe, especially with how mobile friendly it is. With no other versions of fast-fold being offer in the US, PokerStars has tight control on that particular style of game and has no reason to hesitate on bringing it to the market.

The number of trademarks being filed shows confidence that PokerStars will once again strike the US market. “We are Poker” became an ambitious campaign for PokerStars and was a way to introduce TV spots around the world. With a US trademark, it’s possible American players could see the same advertisements on their televisions.

The “World Cup of Poker” trademark may also raise eyebrows. Launched in 2004, the annual poker tournament had a live final event taking place in Barcelona, Spain but in 2009 became part of the PokerStars Caribbean Adventure. 2014 has seen an absence of the event and the trademark might indicate the event incorporating the US market and its players.

This will be awesome!

This: “With no other versions of fast-fold being offer in the US, PokerStars has tight control on that particular style of game and has no reason to hesitate on bringing it to the market.”