PokerStars Expands Net with Rewards Programs Revamps to Please Some, Infuriate Others

Changes to the PokerStars player rewards system, brought in at the beginning of the year, resulted in boycotts and widespread condemnation from the high-stakes, high volume players who were, ipso facto, its best customers. 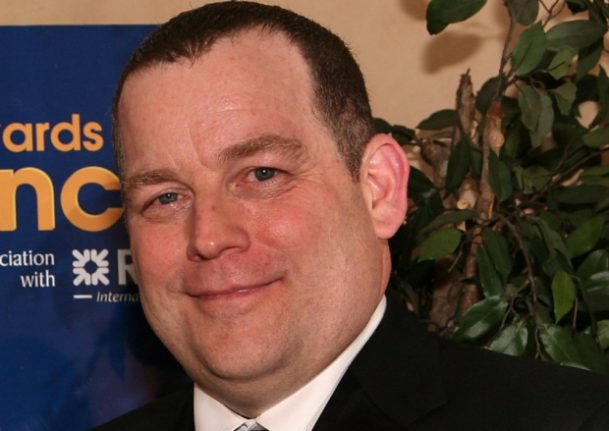 PokerStars VP of Corporate Communications Eric Hollreiser announced the planned changes to the site’s reward system via the PokerStars blog on Friday. He says they are doing it to continue to draw in a broader player base. (Image: iomtoday.co.im)

Last Friday, the site notified players to expect more of the same, as it seeks to further rebalance the poker ecology toward the recreational player.

PokerStars VP of Corporate Communications Eric Hollreiser announced the changes, due sometime in 2017, via the online site’s blog on Friday.

The current rewards system will be scrapped, he explained, and replaced with a system that rewards players across all of its verticals and platforms, from poker to sportsbook and casino.

“Although players won’t have to play any specific platform in order to progress, [they] will receive rewards for many different things, rather than solely being rewarded for playing a lot of poker hands as is the case currently,” explained Hollresier.

The Problem with Poker Skills

While high-stakes, high volume players, as individual customers, might grind the most rake for the online poker site, they are also winning players. Thus, PokerStars is ultimately more interested in attracting net depositors, rather than net withdrawing players. These are players who feed the site’s poker bank with their redeposits, rather than those who tend to hang onto their money in the long term.

The latter group of players felt stung by the changes at the beginning of the year, in particular the decision to pull, at short notice, the Supernova and Supernova Elite rewards for 2016, despite many having begun the process in 2015.

And with the new move to spread the rewards system across all platforms, there’s a good chance it will be similarly unpopular with players who share the view that, pre-Amaya, PokerStars was a “purist” poker site that looked after its most loyal players.

The rewards system will also be overhauled to incentivize recreationals who play only sporadically. Hollreiser explains:

A key challenge with the current rewards system is that player progress resets each month. While that’s great for those that play the most, the vast majority of our players only play intermittently and casually; resetting VIP progress each month can make it a tough rewards system for those players to engage with. So, at some point during 2017, we will make the switch from the current monthly status system to one that is more personalized to your recent gaming activity and player profile.

While this may infuriate many regs, the changes are being made because the last ones worked. Hollreiser says the recreational players who had deserted the game in recent years are now slowly returning. There are, he explains, more players seeing flops, more net depositors, and new players are sticking around for longer, because they are “better enjoying their experience at the tables and want to play again.”

If a business wants to grow and expand then it has to make the necessary changes to do so, and if the current business model is not allowing for those changes and expansions then the model has to change. And whether I agree with it or not, the bottom line is the company’s bottom line. This might also prompt other sites to make some changes as well. Currently I am grinding the micro-stakes on ACR and for me the current rewards program will not benefit me in anyway so I welcome change.

About time some justice is done. Only the Big players where and still are taking all the money and fun.

The more spread among players the better and that is democratic and just!

dr.c if you were spending $2,000 to $10,000 (or more) in tournament buyins in a day, would you feel it was ‘just’ to discover some other player who was playing a few games of micro stakes, doing a bit of sports betting & playing some 50 cent blackjack hands was getting the same amount of reward benefits you were? You seem a tad dellusional (perhaps a patient & not the dr. at all? )