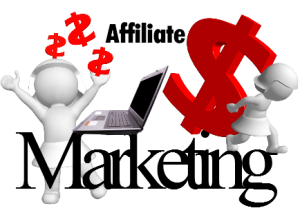 PokerStars has cut some agreements with affiliates which, according to the site, have not been actively engaged in new player acquisition. (Image: averagepersongardening.com)

PokerStars has cut a select amount of affiliates by its own admission, based on the fact that these affiliates were not performing up to satisfaction. It was widely reported on various affiliate-themed forums that PokerStars was terminating affiliate agreements, raising concerns that the most popular poker site was going to cut ties with many, if not all, of its affiliates in the wake of the acquisition deal with Amaya.

Soon after, PokerStars issued a formal statement, saying that only a few were being evaluated and only those affiliates which are no longer generating new business are in danger of being removed from the recruitment program.

Just last week, many affiliates went public to voice their grievances when they found out that PokerStars had removed them from the affiliate program. On one highly trafficked forum, the owner of a major affiliate admitted he’d been dismissed. He posted that he had been told that he had a gluttony of older accounts generating revenue as the reason for his dismissal.

As a result of the news that affiliates were suddenly losing their accounts, and thus, what probably amounted to a good amount of income, many other affiliates voiced their concerns over the matter. Apparently most, if not all, of the affiliates terminated received little to no notice that their account was under review. Instead, they received only a notice that their account was being terminated. This made for headlines on many industry-facing sites, as well as for lively commentary in various poker forums.

In response to affiliate and player concerns over accounts being terminated, PokerStars issued an official statement to a few news outlets last Friday. They stated that they ended agreements with a few affiliates which were not actively recruiting new players and were doing a small amount of promotion of PokerStars services. They also said that they have agreements with thousands of affiliates which actively market the poker site and encourage players to play. The statement concluded by stating that the company routinely reviews agreements with affiliates to make sure they are fruitful for the organization.

Over the course of many years, PokerStars has historically used the cost-per-acquisition (CPA) affiliate payment model. Under the terms of this agreement, the poker site would pay a flat bounty on a player once that referral signs up and plays in real money games. At particular thresholds, the CPA payment rate increases and can be quite lucrative.

Some of the larger affiliate deals in place also generate revenue for affiliates based on the amount of rake each player generates. While this was not a deal typically offered to the wide majority of affiliates, a select few allegedly enjoyed this added incentive. So long as new players generate rake and play poker, revenue is streamed into an affiliate’s account. When the agreement is terminated, all payments cease forever.

How is it fair or ethical for all payments to stop? I don’t see that in the terms and conditions whatsoever, and certainly didn’t agree to it prior to any updates. This is a jack move to say the least, and purely unethical. I urge David Baazov to reconsider us affiliates that have been dropped, especially since companies like mine have still actively been sending players per our agreement, contrary to the official statement made on 2+2 forums stating that these affiliates “were not actively recruiting new players.”

I can’t wait to see you in person and see what you have to say.

So what does this mean for CC ?