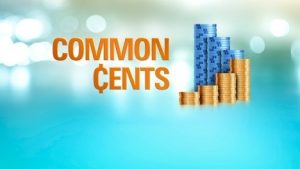 PokerStars is awarding its micro-stakes online players with the ‘Common Cents’ series this week. (Image: PokerStars)

PokerStars are treating their many casual online players to a 7-day series of low-cost tournaments: Common Cents.

The online tournament festival runs until October 11, and there’s a guaranteed prizepool worth $250,000 spread over the seven days.

14 Common Cents tournaments are scheduled, kicking off with a $0.01-buy in event that carries a $100,000 guaranteed prizepool.

While our crystal ball is a little out of whack here at CardsChat, we’re predicting that that might be a little popular.

Also running October 5 is the $2,500-guaranteed tournament with a buy-in of $0.11. Two tournaments a day will continue to run on PokerStars, with ever-increasing buy-ins and guaranteed prizepools.

Early bird registrations will be awarded throughout the festival, with a random table chosen every minute of the first hour of each tournament.

Those players, 500 in total, will receive a free buy-in to the $25,000 ‘Main Event’ which carries a first prize worth $2,500, as well as freebies, a points leaderboard is running throughout the series.

Common Cents comes just a few months after PokerStars‘ Micromillions wrapped. The 11th season of Micromillions culminated with a Main Event that carried a $1 million guarantee.

Common Cents Too Early For US Players

The Common Cents festival comes a little too early for players in New Jersey, who just last week showed some common sense of their own by paving the way for PokerStars to re-enter the US market.

For now, at least, PokerStars will be restricted to offering New Jersey residents legal online poker, the first time ‘Stars will have operated in a fully-legal market in the USA.

With the Division of Gaming Enforcement approving Amaya Inc, both PokerStars and Full Tilt, who ‘Stars parent group took over after Black Friday, will be allowed to offer online games in the Garden State.

Amaya will be buddying up with brick ‘n’ mortar outfit Resorts Casino Hotel in order to qualify for the license. As yet, the Atlantic City operation has not stated when they think the sites will go live.

pretty sick life for noelt20, first winning the micromillions main event for just under 90k and then a few months later finishing 3rd in the WCOOP main event for 1.2 million

Very good tournament when have low cash. I already won 1$ in first tournament and very happy about this.