PokerStars Cleaning Up a Few Issues Prior to New Jersey Launch 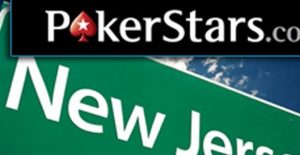 PokerStars is entering the New Jersey market soon, but they have a few issues to clean up before launch date. (Image: Highstakesdb.com)

PokerStars has been cleared to operate within the state of New Jersey.

However, the popular poker site has a few minor issues to take care of prior to its launch.

New Jersey residents hoping to get started grinding the tables on PokerStars this year are unlikely to have that opportunity.

The site is most certainly going to be available for real money deposits early in 2016, but probably not before.

The first manner of order is for former PokerStars players in New Jersey to redeem existing balances left behind prior to Black Friday in 2011.

Keeping the money in the online poker site account until the New Jersey launch date is not a good idea.

Those that fail to redeem current account funds will lose the money to the state.

For those with outstanding balances, the money can be redeemed by contacting PokerStars or visiting a local office in Atlantic City.

Claim it or Lose It

New Jersey customers that still have an outstanding balance were sent an email from PokerStars. In the email, they were advised to act quickly.

PokerStars has yet to announce an exact launch date.

Many had hoped the site would begin operation in New Jersey in 2015. But this email suggests residents of the Garden State are unlikely to begin playing until at least the beginning of the year.

Amaya Holding it Back?

Amaya Inc., owner and operator of PokerStars, could be causing the holdup on getting the poker site rolling in New Jersey.

Poker players in and around New Jersey are excited to have PokerStars legally entering the market for the first time. However, this project isn’t Amaya’s top priority.

The global PokerStars site is worth far more than what Amaya could reasonably expect to make from the New Jersey platform. Additionally, Amaya owns StarsDraft, a growing daily fantasy sports website.

The company has spent a great deal of time pushing for DFS legislation in the United States.

In a nutshell, Amaya has bigger fish to fry at the moment.

That’s not to say bringing PokerStars into New Jersey isn’t a priority for the company. But there is no hurry to push the site to a 2015 launch date.

PokerStars is also focused on pushing for online poker legalization in California. They were unsuccessful in 2015, but won’t be giving up the fight in the years to come.

This is going to be a fenced market isn’t it?

Yes. New Jersey supposedly will not be able to play with the rest of the world. So the pool of players will be smaller unless there’s some kind of NJ Poker Boom.