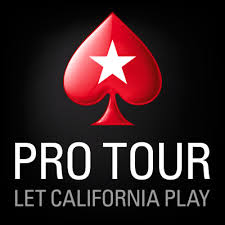 The PokerStars Pro Tour was designed to drum up awareness and support for regulated online poker in California. (Image: PokerStars/Twitter)

The PokerStars Pro Tour has made its way through California, and it will be a long time before anyone can truly measure what kind of impact the stops had on the effort to regulate online poker in California.

But one thing is for sure: the tour produced some great opportunities for local players to meet some of the world’s biggest poker names, creating memorable moments for everyone involved.

For instance, Daniel Negreanu stopped by the Aviator Casino in Delano last Thursday with Vanessa Selbst, and said that it was just as much fun for him as for the fans who got to meet him.

“The Aviator Casino stop was my favorite event we’ve done so far,” Negreanu said to PokerNews. “I really enjoyed engaging with the people, and the room was really nice.”

Getting to play with Negreanu was certainly a thrill for many of the players in attendance, and listening to him do karaoke probably wasn’t disappointing, either. Still, despite all the fun and games, Kid Poker was there to spread an important message.

“The main reason I’m here is to get these guys to sign up at Californians4iPoker.com,” Negreanu said. “The whole purpose of this is to get as many people signed up as possible, so that when we make a push down the stretch run the politicians know, ‘OK, this is an issue that people care about.’”

Stories like these came from just about every stop on the PokerStars tour. On Sunday, close to 200 people showed up at the Turlock Poker Room to meet with Negreanu and Selbst before playing in a special tournament that was part of the “Let California Play!” series that has been an ongoing part of the tour.

At that stop, Selbst explained how important online poker was to the growth of the game over the past decade or so.

“I and probably every poker professional who is under the age of 30 [started playing online],” Selbst said. “Once you get more experience under your belt, a lot of people feel more comfortable coming to a [live poker room] like this.”

While the focus of the tour was on meeting people and drumming up support for online poker in California, many charities also benefitted from the stops.

According to Lee Jones, the director of poker communications for PokerStars, Negreanu and Selbst’s winnings on the tour (including a minimum of $1,000 at each tour stop) have been donated to the Make-A-Wish Foundation and the Children’s Hospital Central California.

PokerStars has been making the same arguments as many online poker proponents throughout the tour: namely that regulation would not only provide a safer environment for Internet poker players, but would also produce significant tax revenue for California.

“It would bring hundreds of millions of dollars in tax revenue to the state, not to mention the jobs,” Jones said during the Aviator Casino stop. “The online poker business, just in the state of California, would be one of the most prosperous in all the world.”

While Negreanu and Selbst were featured on the final leg of the tour, they were not the only PokerStars pros to take part in the event. Chris Moneymaker, Jason Somerville and Liv Boeree were also among those who made appearances at various California casinos and poker rooms to promote the cause.

I have always liked ‘kid poker’. lets hope some progress in made towards legalizing online poker in California .