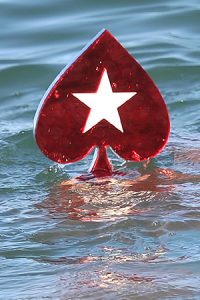 PokerStars has entered the regulated and legal Bulgarian market, but remains locked out of the U.S. for now (Image:PokerStars)

The Bulgarian State Gambling Commission has given approval to PokerStars for an online gaming license in Bulgaria, according to the popular online poker site. Over the course of the next few weeks, PokerStars will finalize technical requirements for beginning their operations under the new license to serve the Bulgarian poker community. PokerStars – according to multiple industry sources – is the most popular poker site in the world.

PokerStars ranks as one of the first companies in the history of Bulgaria to receive a license. The Bulgarian State Gambling Commission cited the site’s commitment to quality and customer service as some of the reasons they awarded the license to PokerStars. The Bulgarian regulations allow residents of the country to play online poker with licensed operators. To date, no other poker site has been granted a licensed to legally operate within the country.

Bulgaria is full of promise,” said Eric Hollreiser, the head of corporate communications for PokerStars. “Poker is extremely popular in the country and recently we have seen some notable results from Bulgarian players including Dimitar Danchev, who won the 2013 PokerStars Caribbean Adventure Main Event for $1,859,000. We are delighted with today’s news and we are looking forward to working with the Gambling Commission so that we can launch as soon as possible.”

The Republic of Bulgaria is located in Southeastern Europe and is part of the European Union. Bulgaria is bordered by Romania, Serbia, Macedonia, Greece, and Turkey. The population – as of a 2011 census – is 7.3 million people. The country’s currency is the “Bulgarian lev” which translates into the word “lion”. Many people believe the country’s best poker player is the aforementioned Dimitar Danchev, who has over $3.14 million in tournament earnings according to multiple industry databases.

Bulgaria is hardly the first country to allow PokerStars to legally operate within their borders. The popular online poker room holds active licenses in France, Denmark, Italy, and Spain. It also holds licenses in Estonia, Belgium, Germany, Malta, and the Isle of Man. PokerStars prides itself on “a safe and fun environment for players to compete in an array of innovative and traditional poker games and tournaments.” The site is purported to have more than 62 million registered members and boasts over 110 billion hands played, the most in online poker history.

But What About the United States?

Surely the news that Bulgaria has obtained a license for online poker stings for players in the U.S. While dominos are falling in Europe and other parts of the world, the debate at the federal level for online poker legalization remains at a complete standstill. Some states, such as New Jersey, Delaware and Nevada, have legalized online poker, but heavily populated states such as California, Texas, Florida, and New York remain on the outside looking in. While there is hope that California might be on the cusp of new legislation, there appears to be little hope in other states at this point in time.