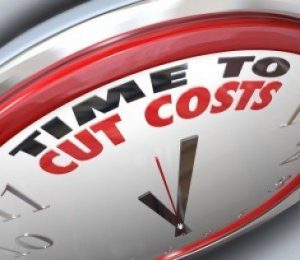 PokerStars is delaying rake increases, but takes cost-cutting measures in the UK and Bulgaria by trimming VIP programs in both countries. (Image:pokerupdate.com)

PokerStars has some good news and some bad news to start the New Year; so, first, the good news. Possibly due in part to public outcry from the online poker community, the industry leader made the following decision regarding unpopular game rake changes, as explained on its corporate blog:

“On November 3, PokerStars increased cash game rake and tournament fees in various games; we also planned to implement several additional increases on January 1. After additional analysis and consideration, we have now returned the rake to pre-November 3 levels in most instances and have cancelled the planned additional increases.

Spin & Go tournament fees and payout changes implemented on November 3 will remain in place. We will not increase any rake in 2015 other than in jurisdictions where we have already or will experience increased gaming duty or VAT.” – wrote PokerStars’ Head of Corporate Communications Eric Hollreiser.

Hollreiser went on to explain the current company policy regarding online gambling taxes:

“As you’re likely aware, more countries are introducing taxation, increasing the impact on our business and the poker economy at large. We will continue to use a combination of rake increases and VIP Club reward reductions to address the increased taxation, but these changes will be made consistent with our past practice of sharing up to 50% of taxation with players.”

And Now, the Bad News…

On the other side of the coin, PokerStars also began the New Year by decreasing player rewards for customers in the UK and Bulgaria, and will do the same in the coming months for other European countries where EU Value Added Tax (VAT) laws are in effect.

The move is apparently part of PokerStars’ evolving “bankroll management” strategy, as Hollreiser referred to it in a blog post last October.

To help offset tax burdens stemming from new regulation, PokerStars has reduced its VIP Player Point (VPP) multipliers in the UK and Bulgaria, as it has previously done in other taxed markets such as Belgium and Denmark.

UK players formerly accrued 5.5 VPPs for every dollar in rake, and 6 VPPs at full ring cash tables, but the multipliers have dropped roughly 10 percent to 5x and 5.5x respectively. Meanwhile for players in Bulgaria, VPPs now accrue at even lower multipliers of 4.9x and 5.35x.

The reductions make it harder for players to reach milestones and clear bonuses, and more difficult to achieve higher VPP levels like the lucrative and elusive Supernova Elite. Other aspects of the VIP program such as milestone cash credits and the points-to-bonus conversion rate will stay the same, however.

VIP program changes at PokerStars should come as no surprise after Full Tilt (also Amaya-owned) cut its rewards program by a hefty 20 percent last December, to adjust for the newly imposed point-of-consumption tax on gross profits in the UK. However, players should be pleasantly surprised by PokerStars’ change in heart regarding rake increases.

We can only hope PokerStars will return to the US sometime in 2015, but it seems clear that the game could eventually become harder for even some of the pros to beat, depending on how taxes are levied and shouldered in regulated states.

At worst though, depending on the tax models employed, it looks as if future PokerStars customers in the US would face a “chop” of sorts on taxation, and to that I would say, somewhat desperately: “Let the new era of bankroll management begin.”