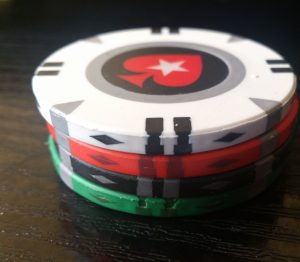 PokerStars, the world’s largest online poker site, is also the sponsor of many major live tournaments. An August 24 post by Brad Willis on the PokerStars blog suggests big changes are on the horizon for those who enjoy competing in live events sponsored by the popular site.

Willis went so far as to say this is “the biggest live tourney announcement PokerStars has made in recent years” and that “it will forever change the way you look at PokerStars live events.”

The first PokerStars Championship event will take place in the Bahamas, just as its predecessor did. It’s the perfect location for poker players to shake off sick bad beats with a relaxing day at the beach and a delightful adult beverage while watching the Caribbean sunset.

PokerStars hasn’t released a detailed schedule of the new PokerStars Championship tour. But according to its blog posts, there will be stops all over the world, in places such as Macau, Monte Carlo, Barcelona, and Panama. Most tour events will last 10-11 days, capped off with a $5,000 Main Event. More details about the tour events will be released in the coming months.

Tournaments for the Average Joe

Then there will be the new PokerStars Festival tournaments, which will be more affordable to the average poker player than the above events. Main events will range from $1,000 to $1,500 buy-ins. Each series will last six to seven days.

The initial PokerStars Festival series begins October 29  and runs until November 6 in Atlantic City at PokerStars land partner, Resorts Casino Hotel. The Main Event runs November 1-5, and has an $1,100 buy-in.

New Jersey is a fitting spot to kick off this new poker tour. After all, PokerStars re-entered the US market in March for the first time since April 2011, but only in the Garden State. PokerStars pros, including Chris Moneymaker, Vanessa Selbst, and Jason Somerville, are expected to compete in this inaugural event.

London will then play host to the second PokerStars Festival series. Dates and event details aren’t available at this time. Festivals will also include blackjack, slots, roulette, and other casino game tournaments, not just poker, reflecting ‘Stars expansion into the online casino realm, no doubt.

Since PokerStars got approval to operate in New Jersey, things have gone well, but perhaps not as well as expected. The site leads the state in terms of overall traffic, but not by that much, when compared to its competition over at WSOP.com/888poker.

Many anticipated PokerStars, the site which controls over 75 percent of the global online poker market, would simply crush the competition in New Jersey. That hasn’t happened yet. But, with the addition of the upcoming PokerStars Festival, perhaps the additional publicity and excitement will help, much as the annual World Series of Poker in Las Vegas helps WSOP.com gain and maintain market traction now.