PokerStars has announced the schedule for its annual Spring Championship of Online Poker (SCOOP). The popular online poker series will begin April 30 and run until May 23, lasting longer than ever before.

This year’s series will run an extra week to make time for the opening act, week long “phase tournaments.”

These tournaments will have buy-ins at $11, $109, and $1,050. Players can enter multiple times and each buy-in level will have a large prize pool. 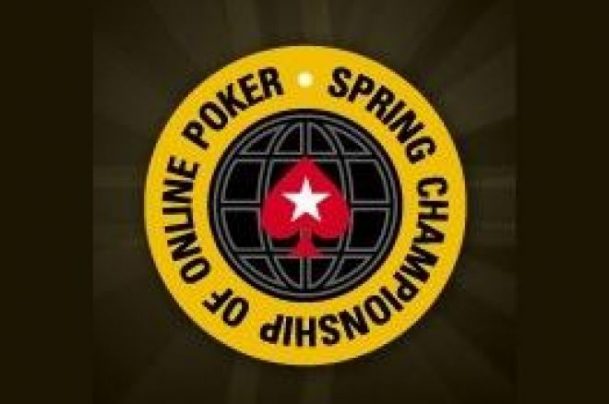 PokerStars has announced the schedule for the upcoming Spring Championship of Online Poker (SCOOP). (Image: pokernews.com)

In total, PokerStars is guaranteeing at least $55 million in prize pool money to be awarded over the entire SCOOP season. That’s $15 million more than was guaranteed in 2016.

The SCOOP series has been a popular online poker event since 2009. This year’s series will have a similar format to previous SCOOP’s. Each event will have three buy-in costs (low, medium, high). This allows for all types of players to compete.

There will be a total of 57 events at each bankroll level. Although there are numerous intriguing tournaments on the schedule, the Main Event will draw the most attention.

There is one tournament that may be a bit controversial. On May 17, the Progressive 100-Percent Knockout gets underway ($11, $109, $1,050). This is a unique tournament that some will love, and others will despise. There is no payout for taking down 1st place or any other finish. Players only win money each time they bust someone.

Many big name pros, not just online poker stars, have won SCOOP events over the years. In 2016, Jason Mercier didn’t just shine at the World Series of Poker.