Hand it to PokerStars: the site has broken another record, this time for a Sunday of tournament action that saw more than $39 million in prize money generated. 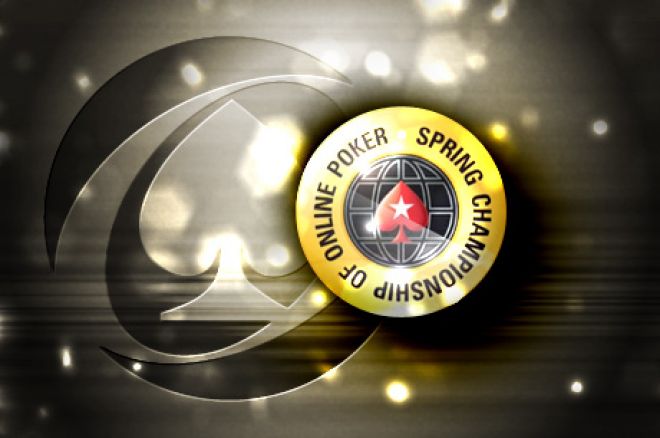 Furious weekend action online at PokerStars’ SCOOP led to the biggest prize pool in the online site’s history, indicating that internet poker is alive and well after all. (Image: PokerStars)

As it’s done many times in the past, PokerStars set itself a lofty goal on May 21, when it offered up just over $29.5 million in guaranteed prize money. With regular events coinciding with the start of the Spring Championship of Online Poker (SCOOP), players were able to take part in more than 1,200 online MTTs.

When the registration desks had closed and the numbers were in, the amount of money collected had sailed way past the guarantee, all the way to $39 million, which was 40 percent more than expected. Much of this success was down to the SCOOP Main Event (High), which attracted 693 buy-ins at $10,300 each (574 entrants + 119 rebuys).

Who Wants to be a Millionaire?

Offering up a prizepool of at least $5 million was enough to tempt virtually every pro, grinder, and satellite winner to ante-up. In the end, PokerStars collected $6.93 million, which meant the overall winner’s prize topped $1.3 million, while second place hit $960,000.

Perhaps the least-surprising fact from the weekend of action was that the poker site broke its own previous record. Prior to May 21, PokerStars New Jersey and its version of SCOOP, NJSCOOP, held the record for the richest day in online poker history. On May 22, 2016, NJSCOOP paid out $35 million in prize money, thanks to the Main Event breaching its guarantee by $200,000, and non-NJSCOOP events like the Super-Sized Sunday generating $600,000 in prize money.

No one will be surprised to learn that it’s the largest online poker room in the world, with PokerScout reporting a seven-day average of 12,000 players (IDNPoker, an Indonesian site focused largely on Asian players, is second, with 3,600).

PokerStars is all about smashing previously held highs. Its talented pros hold the following world records: