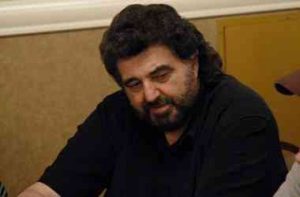 Paul “Eskimo” Clark, the three-time World Series of Poker bracelet winner, died at home in Las Vegas on April 15, it emerged this week.

He was 67 years old. The news was inadvertently broken at the WSOP by Matt Salsberg, who, having made an “Eskimo Clark joke,” had been quietly informed of the grizzled grinder’s passing.

“0 for 2 in wsop events. 1 for 1 in inadvertently being the conduit to the poker community re: Eskimo Clarks’s death,” tweeted Salsberg apologetically.

Sadly, in his later years, Clark had become known for his apparent financial difficulties, despite a gross tournament yield of over $2.7 million since 1988, as well as for a dogged enthusiasm for seeking backers.

His ill health, meanwhile, meant that sightings of the grizzled veteran became rarer and rarer on the tournament circuit, and occasional inaccurate rumors of his death would occasionally surface.

However, sadly, this time the rumors were true.

Paul Clark was not, in fact, from Alaska, as many people inferred from his nickname. He was born in New Orleans and grew up in Stockton, Missouri.

A large taciturn, bearlike man, with a thick, rugged beard and mane, Clark was as old-school as they come; he almost never did interviews and revealed very little about himself, other than to his closest friends.

His nickname, in fact, came from his resemblance to an old Alaskan Airlines logo which featured an Inuit in its design.

Accounts suggest he was introduced to poker during the Vietnam War, where he served as a medic. Initially a cash game player, his name began to appear on records of tournament cashes around 1988 and 1989, when he had deep finishes in a couple of WSOP events.

Over the next few years he would make numerous TV final tables and came second in a WPT Main event for $310,403, his biggest ever score.

But it wouldn’t get any better than that for Eskimo. His health began to fail and he seemed to be unwilling or incapable of looking after himself.

During the $1500 Razz tournament at the 2007 WSOP, it was reported that he passed out several times and was clearly having trouble making decisions and handling his chips.

It’s believed that Clark had had a series of mini-strokes, but refused to leave the table because he had the chip lead. He eventually allowed himself to be treated by paramedics. He returned to the table and somehow, he managed to finish fourth.

After, it seems that Clark fell on hard times. In 2010, it was reported that a WSOP bracelet was up for sale on eBay, celebrating the winner of the 1999 WSOP Razz

The Poker community will be at a great lost may he RIP.