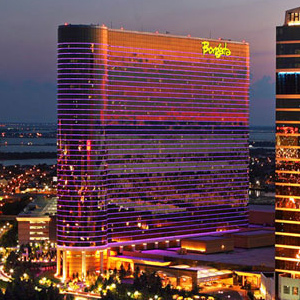 The 2014 Borgata Winter Poker Open’s first event was shut down after it was discovered that counterfeit poker chips had been introduced into play and compromised the tournament.

The first tournament of the 2014 Borgata Winter Poker Open in Atlantic City, New Jersey has been cancelled after several participants in the event were found to be using counterfeit poker chips. According to media reports, the New Jersey Division of Gaming Enforcement (NJDGE), which regulates casinos and gambling in the Garden State, suspended play in the tournament on Friday when the fraudulent chips were first discovered and decided on Saturday to terminate the event entirely.

The event was a No-Limit Texas Hold’em tournament with a buy-in of $560 and was the first of several dozen tournaments that make up the annual Borgata Winter Poker Open. The Open was meant to last 18 days where it was held at the Borgata Hotel Casino, just off the famed Atlantic City Boardwalk. The tournament had 27 participants left when it was cancelled and players’ chips were confiscated. No announcement was made regarding whether the players would get their money back. No arrests have yet been made in the case, as the NJDGE is continuing its investigation into the incident with assistance from the New Jersey State Police. Authorities did not say how many players were found to be using the fake chips, nor did they divulge how they were discovered. The remaining events of the Open were permitted to go on.

“Thus far, investigators have found that one or more tournament entrants improperly introduced a significant number of counterfeit chips into the tournament, gaining an unfair advantage and compromising the integrity of play for the event,” said Tom Ballance, Borgata’s President and Chief Operating Officer. “It is extremely unfortunate that the criminal actions of these individuals can have a detrimental impact on more than 4,000 other entrants.

“We fully understand and regret the disappointment this cancellation causes our valued customers and we will work diligently with DGE investigators to resolve the situation as quickly as possible,” he continued. “The integrity of our games and the confidence of our players is of the utmost importance to us. The Borgata has thoroughly examined its remaining stock of chips, which were cleared by investigators for use in dozens of other events in the poker tournament, which will be played as scheduled.”

As for the participants in the tainted tournament who paid their hefty buy-ins and did not have any counterfeit chips but had their stacks confiscated when the tourney was halted, Ballance said his hands were tied as far as immediate refunds being made. “The state ordered that all unpaid prize money be held in trust until more details and resolution can be determined,” he said.

This is the second time in less than a week that poker chips have been involved in a negative national news story. A few days prior to the Borgata bogus chip fiasco, it was reported that a well-known poker blogger had been arrested for stealing chips out of a dealers’ tip box at a tournament at the Foxwoods casino in Connecticut.