The first Twitch charity poker event, featuring seasoned pros and popular video gamers, ended recently with some unexpected results, with the poker newbies winning the bulk of more than $100,000 for their select charities. 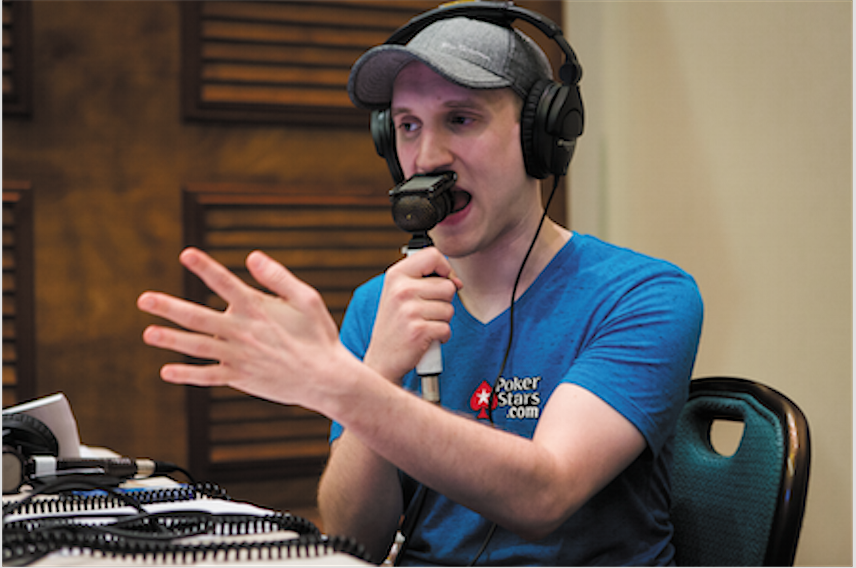 When livestreaming platform Twitch announced that it would be broadcasting its first charity poker event on Nov. 17 and 18, it piqued the interest of gaming fans around the world. With more than 100 million monthly users, Twitch is a leading site for live videogame content, and because of this new audiences have discovered poker pros on the platform such as Jason Somerville.

In a bid to capitalize on the growing links between video gaming and poker, Twitch partnered with Poker Central and their app PokerGO to host a $100,000 charity showdown at the Aria in Las Vegas. For the poker community, Somerville and Lex Veldhuis were in action against six popular gamers, who carry monikers similar to names attached to online poker players.

With cash and pride on the line, Somerville and Veldhuis played hard to ensure the poker community wasn’t left red-faced by a group of gamers. When the chips were down, however, it was the less experienced players that came out on top.

In the first single table tournament, four cash prizes were up for grabs. Somerville was the first to collect one. After outlasting Timmac, MitchJones, Onscreen and Veldhuis, Somerville fell in fourth place to bank $10,000 for REG charity.

REG is “Raising for Effective Giving,” a non-profit founded by Liv Boeree, Igor Kurganov, and Philipp Gruissem during the 2014 WSOP. Its mission is to make sure fundraising efforts go to legitimate charities engaged in meaningful activities.

Once the final poker pro had bitten the dust, “PMSProxy” took the bronze medal and $15,000 for Doctors Without Borders, leaving “itsHafu” and “Reckful” battling for the title. With both players raising money for the same cause, St Jude Children’s Research Hospital was guaranteed $75,000.

With bragging rights on the line, the heads-up showdown was a quickfire yet tense affair. “ItsHafu” started with the chip lead and she never lost that momentum.

After hitting three deuces on a 2♠ Q♥ 2♥ A♣ A♠ board, the Hearthstone expert was able to make an easy call when “Reckful” made an ill-timed bluff with air on the river. With the match over and “itsHafu” smiling, the players retired for the night before returning the following day for a second showdown.

This time, with $10,000 for the winner’s charity up for grabs and 20-minute levels, the action was frantic. In the end, “MitchJones” chalked up another win for the gamers. But when all is said and done, poker may still end up ahead.

With operators such as PokerStars venturing into the gaming world via sponsorship deals and other collaborations, the Twitch charity poker event was the latest attempt to bring these two different, but familiar worlds together.