It’s been a long and winding legal road for Travell Thomas, the poker pro with over a half-million in live tournament winnings.

On Thursday, Thomas finally learned his fate, as he was sentenced to eight years and four months for his part in a $31 million debt collection scam. 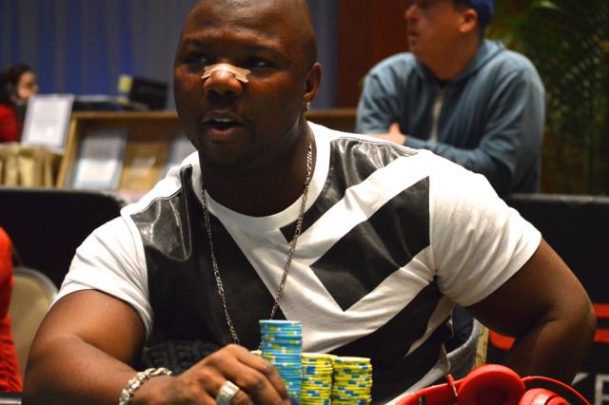 Travell Thomas received an eight-year prison term this week for conspiracy to commit wire fraud and wire fraud as part of a massive scam he spearheaded from his debt collection company. (Image: TheBorgata.com)

The sentence was considerably lighter than it could have been. Thomas was eligible for up to 40 years, but in November pled guilty to conspiracy to commit wire fraud and wire fraud and agreed to up to 15 ½ years.

US District Court Judge Katherine Polk Failla, who heard Thomas’s guilty plea in November, said the time was the lowest she could go, because she wanted to send a message to others who contemplated committing the same crime.

“Using abusive and outrageous threats to take advantage of vulnerable Americans, Thomas and his co-conspirators defrauded victims out of $31 million and Thomas made a small fortune for himself,” said Joon H. Kim, acting US Attorney for the Southern District of New York, from which the prosecution emanated. “Thomas will now serve a significant term in federal prison.”

Thomas was well-known in poker circles before becoming infamous for what former US Attorney for the Southern District Preet Bharara had termed “the largest debt collection scheme ever prosecuted” when the guilty plea was announced, along with 10 others, on November 1, 2016.

Prior to the plea, Thomas had denied any wrongdoing, even going so far as to imply that Bharara, who is of Indian descent, had racially profiled the African-American player.

From 2006 to 2015, the 38-year-old played in numerous WSOP, WPT, and regional poker tournaments. He had three first-place finishes in February of 2013 (albeit for relatively small prize money), including taking $30,371 at a WSOP circuit event.

“I would spend days at the casinos,” Thomas told Failla at his sentencing. “I wouldn’t even change my clothes. I didn’t spend much time at the office. I spent most of my time gambling.”

In a November hearing, the defendant broke down in tears and told the court that he knowingly broke the law to steal millions from his victims. On Thursday, Thomas cried again when he addressed the court before he was sentenced.

It was the end of the road for a once-rising star in the poker universe, who will now be contemplating how poor decision-making impacts real life, much as it does results on the felt.

If you ain’t got the time, don’t do the crime! Well, he obviously had the time to scam and play poker, now he can cry on his way to doing the crime ! Imagine pulling the race card against the prosecutor, race meant nothing when he was scamming.