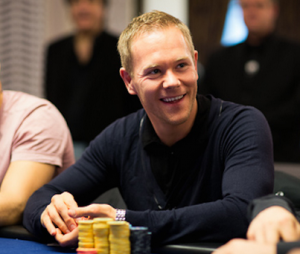 Police in Slovenia have stated that the body of German professional poker player Johannes Strassmann, who had been missing for six days, has been found and identified in a river near the capital city. According to multiple news outlets, a police spokesman said that there were no traces of violence, after DNA tests were released confirming the identity of a body found in the Ljubljanica River.

Slovenian police had been looking for Strassmann after he went missing on June 21st after meeting up with some friends.

Strassmann, born in Vienna and living in Bonn, Germany at the time of his death, was the founder of an online poker school, CardCoaches.com, which offered personal poker instruction to players. He earned over €1.4 million ($1.91 million) in his career, dating back to 2006. According to industry reports, Strassmann was in Ljubljana to meet up with a group of players he had been coaching.

Around 10 PM, on a walk with some friends, Strassmann broke away from the group and vanished. When he went missing, a Facebook group was set up to find him. Police even issued a European-wide search last Tuesday. Sadly, the search ended in tragedy when a body was found in the local river and tests conducted compelled Slovenian authorities to make this official statement: “The National Forensic Laboratory has identified by DNA test the man who was found dead in the Ljubljana River as a 29-year old German citizen who had been missing.”

Also of note is that authorities say foul play is not suspected at this time, despite the 29-year-old’s body being found in a river. Toxicology reports are still being examined to determine if drugs or alcohol played a part in his death.

On June 22, Slovenian police received a report for a missing person, Johannes Strassmann, known to be a German citizen, who had disappeared around 10PM on June 21. Gornji Trg (street) in Ljubljana, Slovenia was his last known location, and Slovenian police acted quickly to begin an investigation.

During the search, police officers checked in many different locations in the city, including hospitals, hotels, abandoned buildings, and the river. The authorities used a helicopter, police dogs, and a police boat in their efforts. They also checked all information from citizens. On Friday morning, a male body was discovered in the Ljubljanica River.

The National Forensic Laboratory has identified, via a DNA test, that the man found in the river was confirmed to be Johannes Strassmann, a 29-year-old German citizen. For now, the criminal police investigators have excluded the possibility of a violent criminal offense. The bag tests of bodily fluids, otherwise known as a toxicology report, are still ongoing.

Many top poker pros came to know and respect the well-liked player. Over the last 24 hours as the grim news became a reality, the poker community took to Twitter to express their feelings about Johannes Strassmann.

Popular pro Yevgeniy Timoshenko posted, “What an absolute tragedy to lose Johannes Strassmann at such a young age. I can’t think of many people who had more of a thirst for knowledge.”