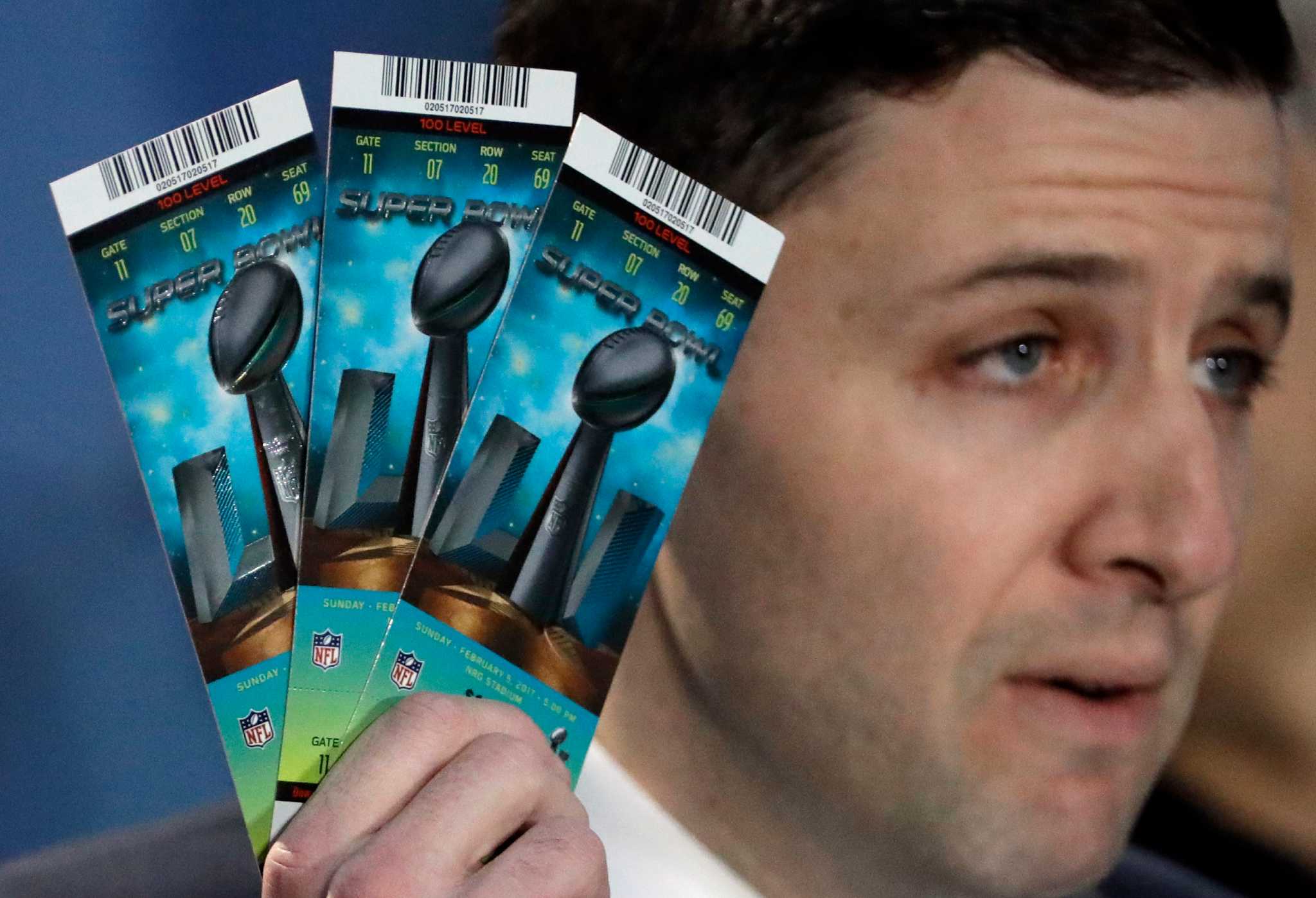 NFL Senior Counsel of Legal Affairs Michael Buchwald shows off the anti-counterfeiting features of tickets for the 2017 Super Bowl at a press conference before the game. (Image: David J. Phillip/STF)

According to court documents, Fazeli entered into a plea agreement filed in a California federal court last month.

Fazeli was facing two felony counts of wire fraud after being accused of scamming investors out of $6.2 million. Fazeli has claimed that he would use that money to buy and sell tickets to high value sporting events like the Super Bowl and World Cup, turning a profit in the process.

But while the money was wired to Fazeli’s ticket brokerage, Summit Entertainment Group, most of those funds were never used to speculate on tickets. Instead, Fazeli was alleged to have used the money to gamble at Las Vegas casinos as well as to pay off gambling debts.

Fazeli would be arrested in February following an FBI investigation, and was indicted in March.

In the plea agreement, Fazeli reportedly admitted to transferring approximately $1.8 million to the Aria, where he used at least some of those funds to buy into high roller poker tournaments in 2016. Fazeli was a regular in the Aria’s high roller series throughout 2016, cashing at least 10 times in events with buy-ins of at least $25,000 during that year. Those wins make up the majority of his $2.2 million in lifetime tournament earnings.

Fazeli could face a prison sentence of up to 20 years, though it is possible that he could end up serving substantially less time under the terms of his plea deal. Fazeli will also be required to pay back his victims in full.

The criminal charges are only the beginning of the legal issues facing Fazeli related to his ticket resale scheme. Seidel, Juanda, and fellow poker pro Zachary Clark filed a lawsuit against Fazeli in April, as the trio said that they had invested $1.3 million into Summit Entertainment.

Outside of the poker world, prominent Republican donor Mel Sembler also claims that he invested $5 million into Fazeli’s operation in March 2015. While the investment initially seemed to be paying off, Sembler never received payments and eventually filed a lawsuit seeking to reclaim his money.

Fazeli is also facing a lawsuit from the Aria. According to the casino, it extended credit to Fazeli on 34 separate occasions, with the total amount of the loans rising to $2.1 million by January 2017. While Fazeli has apparently paid back $1 million of that amount, that still leaves another $1.1 million owed to the resort.

I really don’t get why people invest money is this business model. The whole thing is shady. How can tickets sell out in a venue in a matter of minutes? Here in NYC we had the same story happen with a radio host Craig Carton, he was arrested for doing the same thing only he maintains Jiang innocence. The fact that people can buy huge blocks of tickets and resell them for profits should piss off artists and team owners. Why should a third party make that money it should go to them