Happy Thanksgiving to all of the American poker players out there. It’s the start of a busy and stressful time of year, but we here at CardsChat are excited for another fun-filled holiday season. Before you stuff your face with turkey and grandma’s homemade apple pie, remember to express gratitude for the things you’re fortunate to have. 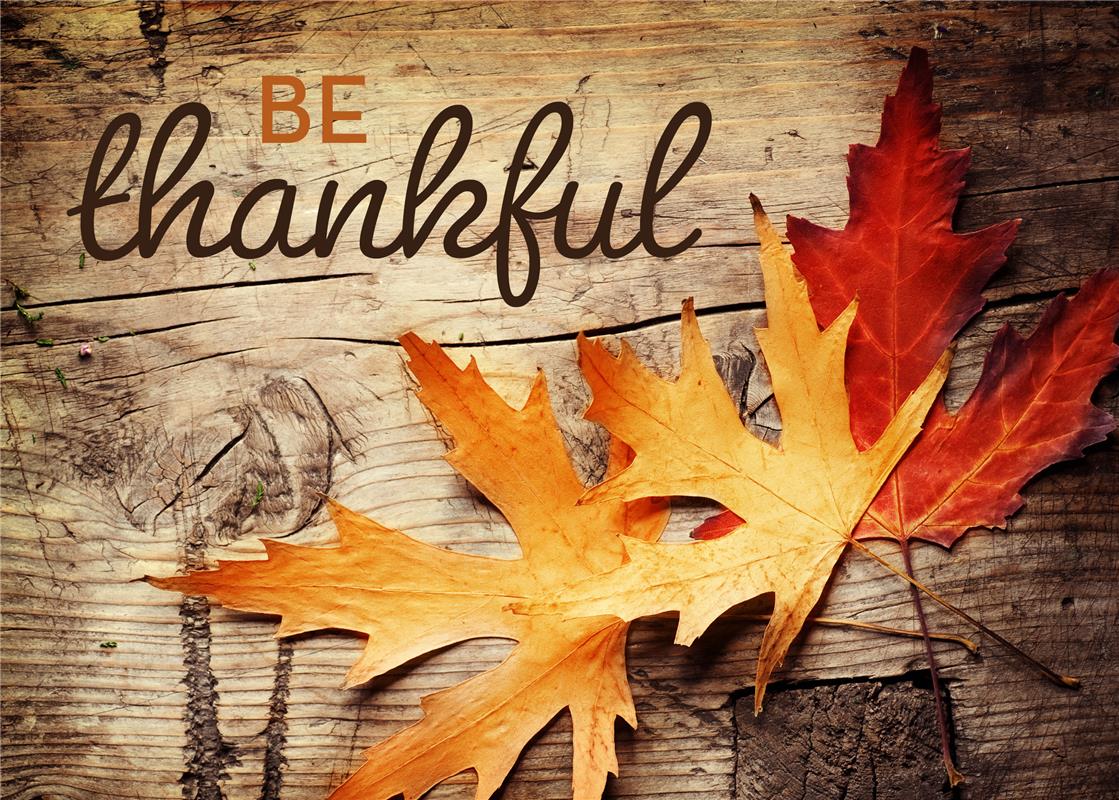 Happy Thanksgiving to all the great poker players who follow CardsChat. (Image: aleanjourney.com)

We all have reasons to be thankful on this Thanksgiving weekend. Some of those have nothing to do with poker. Being that CardsChat is a poker community, however, we’re going to focus on the gambling aspect. More specifically, here are seven reasons why we think everyone reading this article should feel thankful today, and everyday.

1. Poker Players Worked Together to Bust an Alleged Cheater 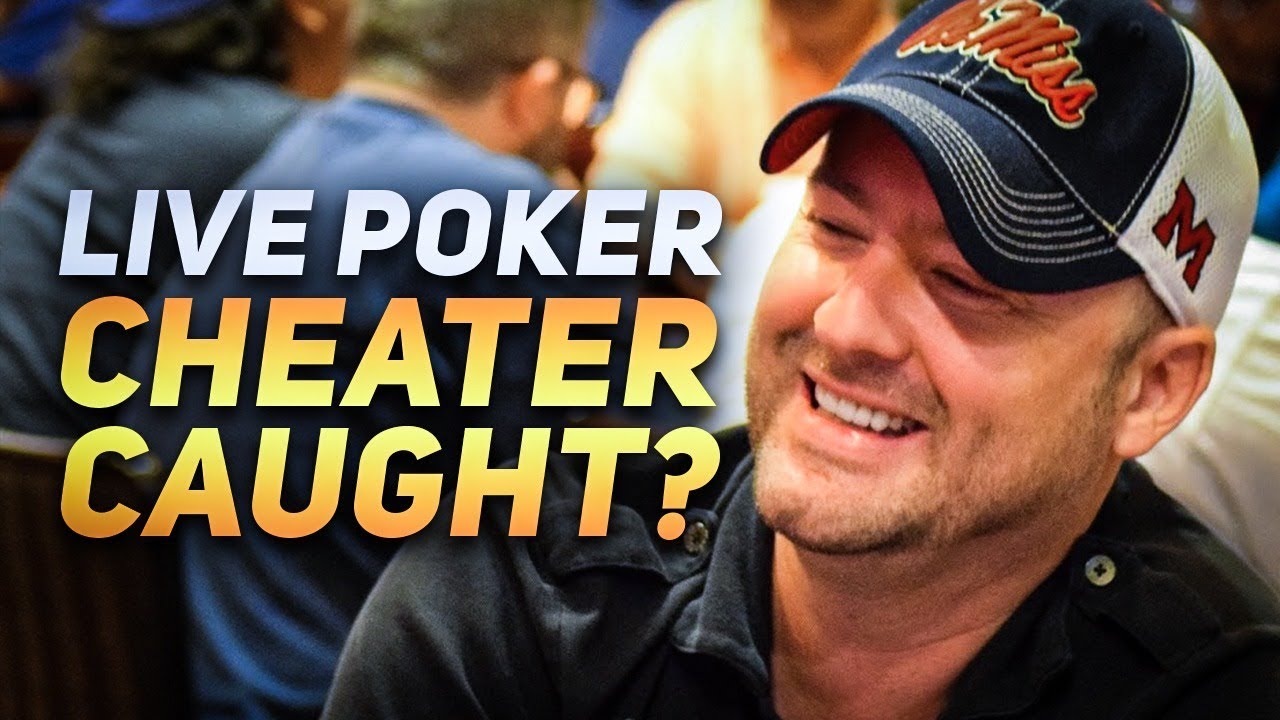 We should all be thankful that the poker community doesn’t tolerate cheating. If you feel the urge to cheat to win, understand that Joe Ingram will likely tear you to shreds on social media, and you’ll never be welcome in a card room again. That’s the way it should be. Just ask Mike Postle and Russ Hamilton.

If not for the braveness of Veronica Brill, Mike Postle would still be allegedly cheating his opponents on the Stones Live streams. Brill didn’t fear the backlash she would likely receive for outing the Northern California low-stakes pro, and put him on blast on Twitter.

Brill brought forth accusations against Postle on Twitter a few months ago. Many players on social media were quick to bash her, accusing her of being jealous of Postle’s success. Others found her claims credible.

Her fellow poker players on social media then came together to investigate. Joe Ingram, a popular podcaster, led the charge on his YouTube channel. By diligently investigating dozens of hours of film, “Papi” ensured all bases were covered. Postle wasn’t going to get away with it — not when thousands of poker fans saw his malicious behavior on film.

2. All Those Generous River Cards 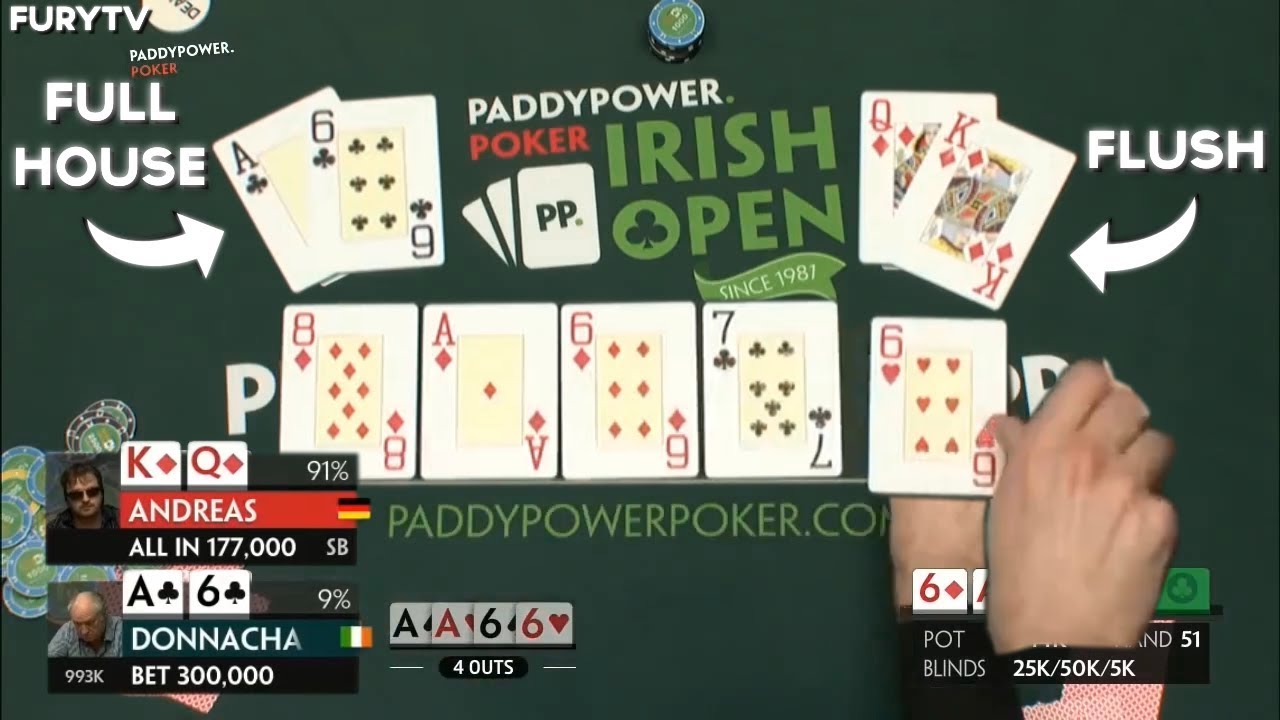 Be thankful you didn’t have the K-Q hand here. (Image: YouTube)

I know, the river always hurts you, and never helps you. Those famous words have been spoken by every poker player in every cardroom around the world at one time or another. You probably also think the refs are biased against your favorite sports teams (I know they are with mine!).

The truth is, sports fans are biased, and only notice when a bad call goes against their team, not the other way around. Poker players are much the same. We only tend to remember the times when our opponent hit a miracle flush on the river, and forget when we river the nuts after donk-calling a pot-sized bet on the turn with nothing but a gut-shot straight draw and a “feeling.” That’s just human nature. It isn’t exclusive to poker players and sports fans.

Sometimes, the river hurts. Sometimes, it helps. Instead of complaining about the sick beats you take, be thankful for the times you crushed someone else’s hopes and dreams on the river.

3. So Many Resources to Help Improve Your Game 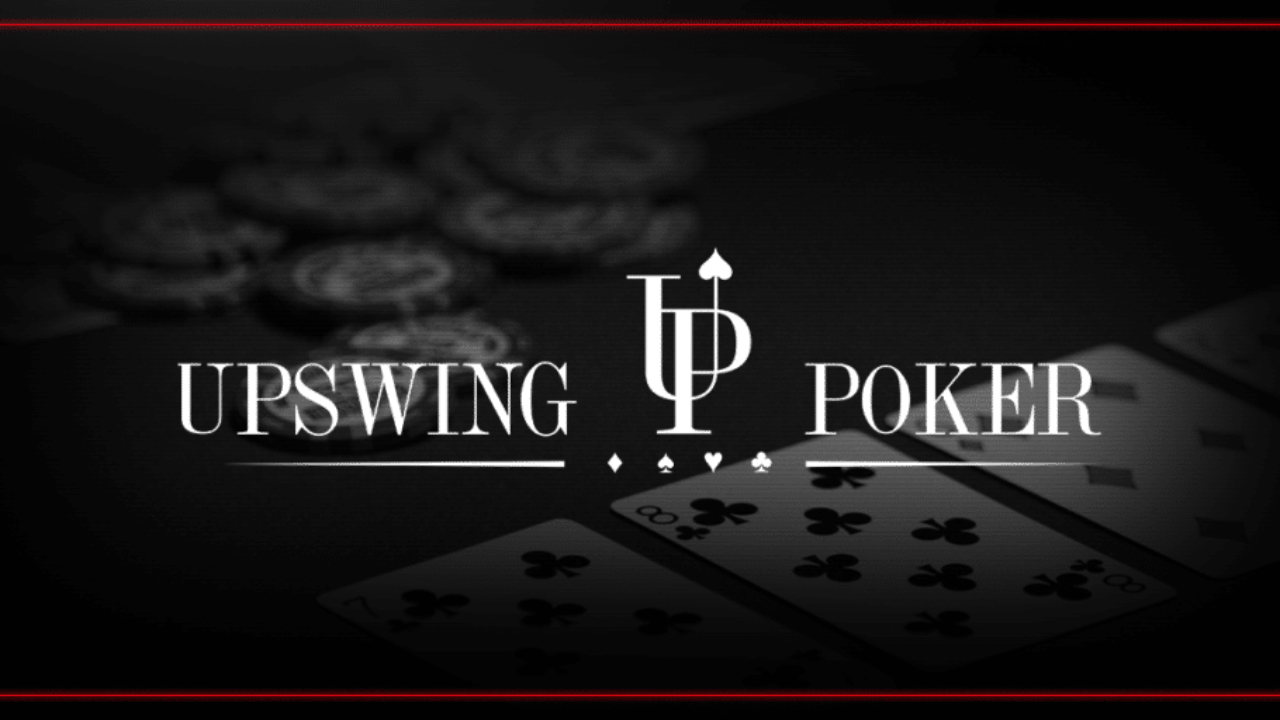 Upswing Poker is one of the many resources to help improve your poker game. (Image: upswingpoker.com)

I remember it being difficult to learn how to play winning poker when I first picked up the game in 2003. There weren’t many resources out there — just a bunch of books from pros that taught mostly basic concepts. Oh, how nice it would have been to have access to Ryan Laplante’s Learn Pro Poker or Doug Polk’s Upswing Poker training courses 16 years ago. I could have saved the thousands of dollars I donked away for years at my local casinos in Iowa.

Nowadays, beginner poker players have access to an endless supply of valuable resources. Not only do Polk and Laplante offer quality poker training, Jonathan Little, Matt Berkey, Chance Kornuth, and other proven winners have training courses available. You can also learn from others here at CardsChat in our forum, and on YouTube there are some great vloggers such as Andrew Neeme and Brad Owen who explain the proper ways to play hands.

With that said, if you play poker in Las Vegas, I’d prefer you didn’t access these resources. I’d rather you just donk away all your chips to me so that I can buy a second home on the beach. 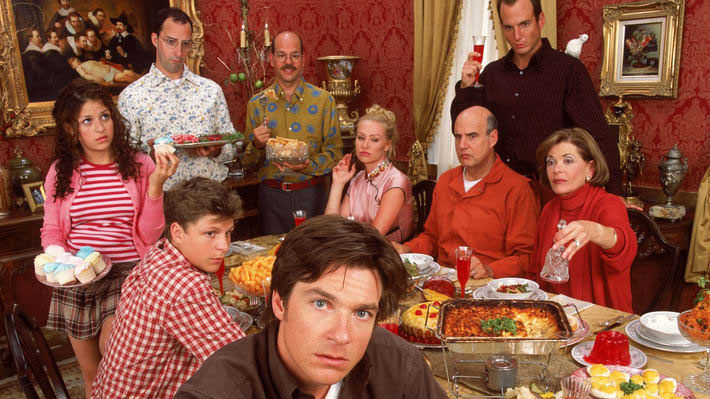 Family getting the best of you on Thanksgiving? There’s a seat open in your local card room. (Image: presentationvoice.com)

In today’s polarized political environment, spending time with certain relatives can be a miserable experience. Visiting with relatives, especially those who live hundreds of miles away, is one of the many joys of Thanksgiving, however.

But, we all have that one relative who just won’t shut up about how corrupt the Democrats or Republicans are at the dinner table. No matter how hard they try, they just can’t refrain from berating everyone in the family with opposing political views. Your views are “fake news” and theirs are fact because some website that specializes in conning those who seek a confirmation bias told them the “truth.”

And, they’re going to make sure you hear about how uninformed you are all day. I have some good news for you, however — news you should be thankful for. Most poker rooms don’t close on Thanksgiving Day. So, if Uncle Dick won’t keep his mouth shut about the impeachment hearings, “Vegas and the f*****g Mirage” might cheer you up. 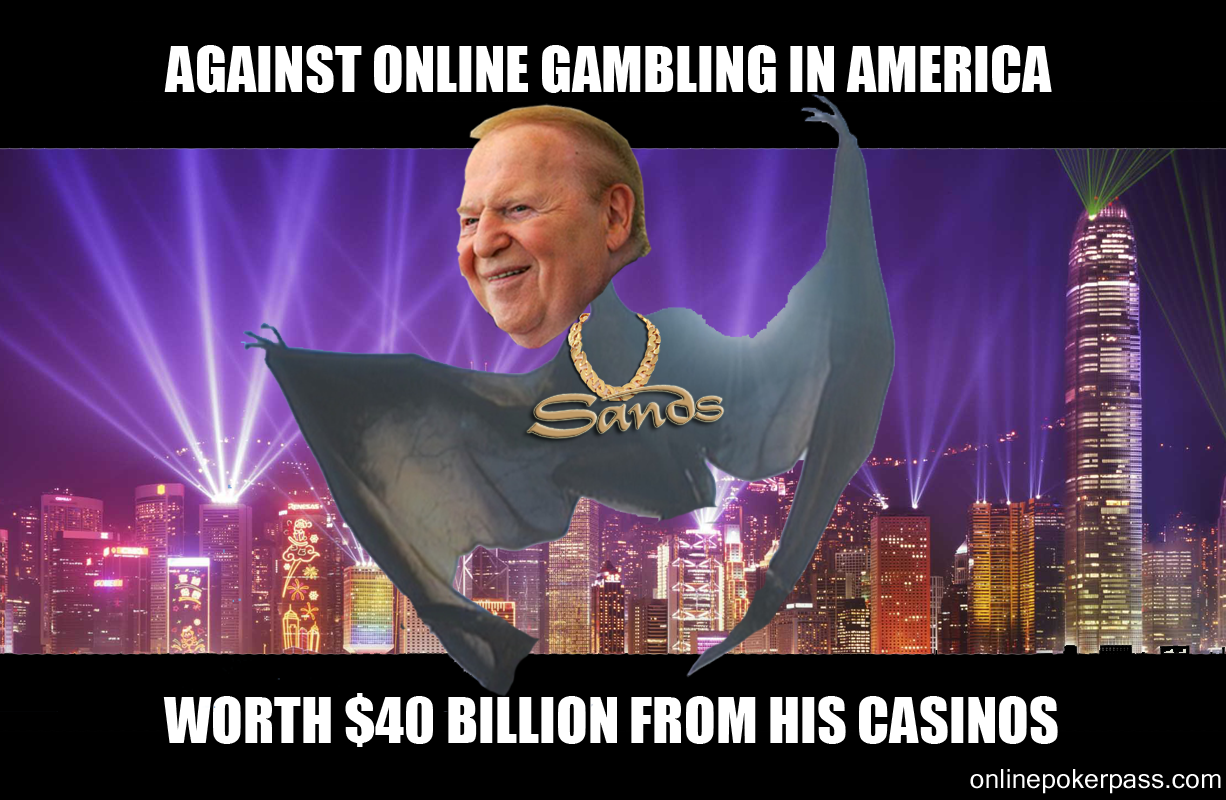 Online poker legislation in America is making progress. Granted, that progress is moving slower than it takes Will Kassouf to fold a hand, but we have seen some positive movement over the past few months. And for that, we should be thankful. Something is better than nothing.

Pennsylvania legalized online poker in 2018, but it took over a year before the first poker site launched. Earlier this month, PokerStars launched in the Keystone State, and a few other operators will eventually follow suit. It’s been a slow process in America. Unfortunately, we’ll likely never fully recover from Black Friday, even decades from now. We’re making some progress, however, even it is at a snail’s pace.

6. You Can Still Earn a Living Playing Poker 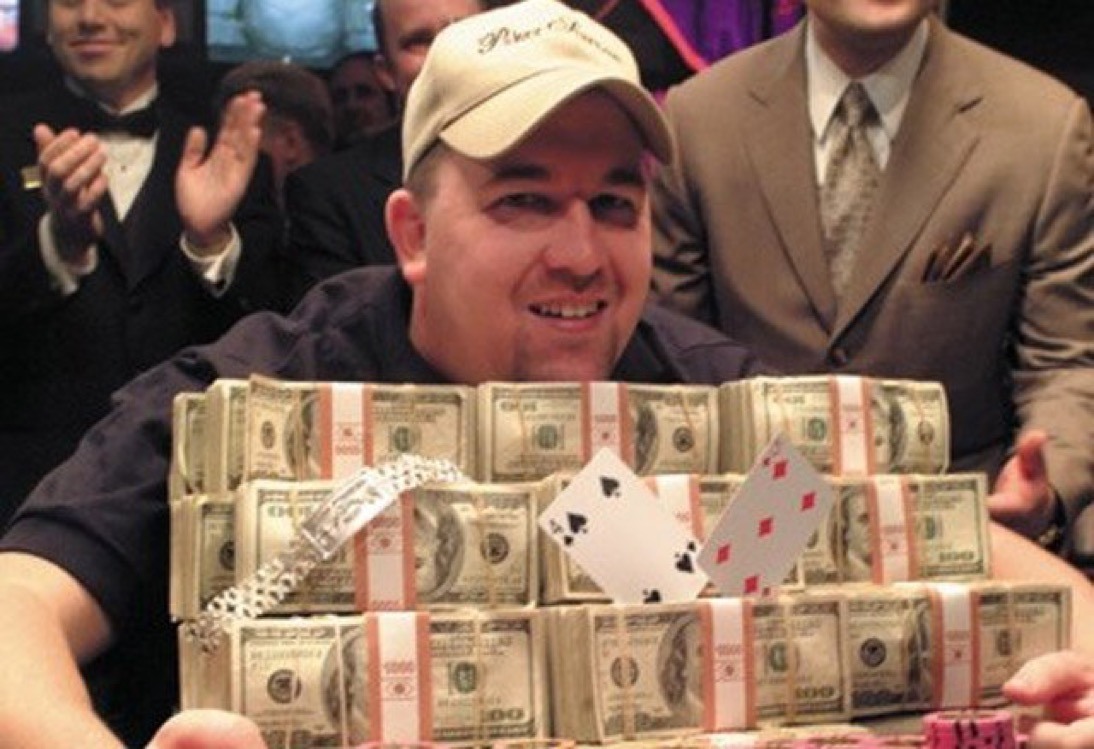 Sure, poker is a more difficult game in 2019 than it was in 2009. With so many resources available to help you learn how to play winning poker, the average player is better than he/she was a decade ago. That said, there are still plenty of fish at most levels. Let me give you an example.

In a recent Aria daily tournament in Las Vegas, I picked up pocket kings and raised. The small blind made the call. The flop came out 2-5-5. He checked and I fired out a continuation bet. My opponent, who was irritated with my aggressive play, check-raised me all-in for about 10 times the size of the pot. I snap-called and he showed A-2. The board ran out blanks.

He complained on the way out about how I was catching cards, which is funny because that was just the second hand I hit, and he donked away a 100 big-blind stack to me on nothing but bottom pair. A decision I didn’t force him to make. The point of this isn’t to brag about winning a big pot in a low buy-in tournament. I didn’t even end up cashing. My point is, we should all be thankful there are still plenty of fish like this whiner in every poker room.

7. Controversies That Make My Job Exciting 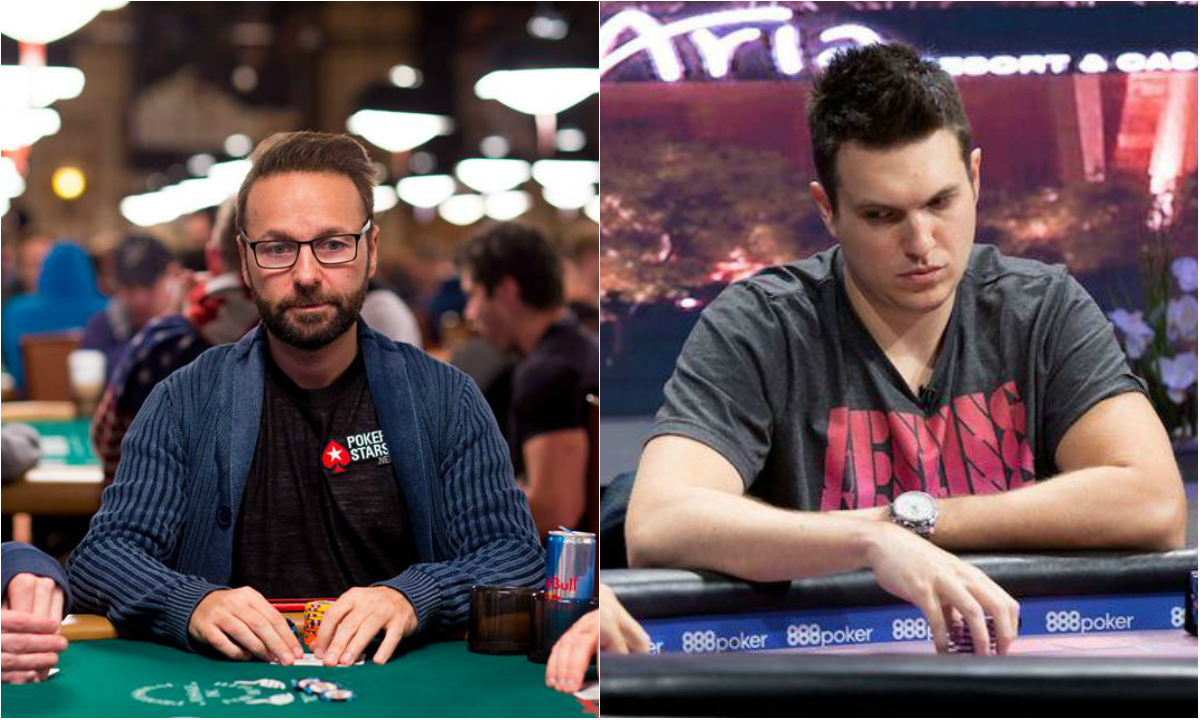 Alright, this one is a bit selfish, but I would like to personally thank all the overly dramatic poker players on Twitter, cheaters, and trash talkers who make my job as a poker news writer interesting. Yeah, I’m looking at you Mike Postle, Shaun Deeb, Doug Polk, and others.

It’s almost always easy to find an exciting topic to write about in this industry, and that’s due to the endless supply of drama, controversies, and petty fights that take place on social media. So, to those of you who fuel the drama, I say thank you and please, keep up the good work.

Congratulations to all who are involved in this holiday!

Great article! I have always said the Americans are great guys!