Poker Players Healthier Than Most Gamblers in Online Survey 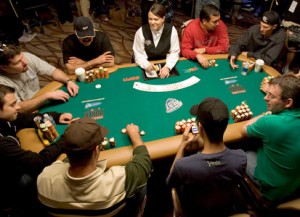 Poker players fared better than most gamblers in an online health survey, which found that the overall health of the average online gambler was somewhat lacking. The study, which was conducted by Jackpot.co.uk, asked online gamblers to respond to a survey and received over 2,100 useable responses, from which a host of information on the habits and health of various groups of gamblers was gathered.

For those who want poker players to be treated at least somewhat like athletes, the report features plenty of good news. In terms of Body Mass Index (BMI), poker players come in with an average of 25, a number that puts them right on the border of normal and overweight. But that’s better than the UK‘s national average of 27, and among the best number of any gamblers in the survey.

Poker players were also among the least likely to smoke, with just 19.5 percent of grinders saying that they did so regularly (only the catch-all group of “other” came in below poker players on this measure). They were also the most likely to work out for at least 30 minutes a day, five times a week, with a full 58 percent of poker players reporting that level of activity.

Of course, nobody is perfect, and that applies as much to poker players as anyone else. The study found that poker players are quite fond of drinking; based on the UK Department off Health’s standards, perhaps just a little too fond. About 23 percent of poker players reported drinking more alcohol than the recommended weekly limit, trailing only narrowly behind slots players (24 percent) for the “lead” in this metric.

But nonetheless, poker players were overall seen as a rather healthy group, both compared to the general public and the collection of gamblers who took part in the survey.

“It would seem that poker players engage in a more active lifestyle which is contributing to their lower average BMI,” wrote Sam Marsden of Jackpot.co.uk. “The stereotypical poker player is often seen as a young…affluent, college-educated male…a concept which in part is supported by our survey.”

Marsden also suggested that the demands placed on poker players may force them to be somewhat healthier than those who play the kinds of games that can be easily enjoyed on auto-pilot.

“There’s an undeniable link connecting passive games like slots and video poker to unhealthy, sedentary lifestyles,” Marsden said. “On the other hand, games that require concentration, strategy and some physical stamina like poker and blackjack seem to fare much better in the health stakes.”

Many of the results may have as much to do with age as anything. Since poker players are younger than the average gambler, it would be expected that they would be in somewhat better shape and less likely to smoke than the average casino patron. The average poker player in the study was just 38 years old, compared to 45 years old for slots players.

Those slots players were also among the least healthy groups studied in the survey. Gamblers who primarily enjoyed slot machines had the highest BMI, were the most likely to drink heavily, and has the lowest rates of physical activity among the nine groups studied.