Some poker players apparently seem to think that mastering the check-raise bluff makes them qualified to coach an NFL team. 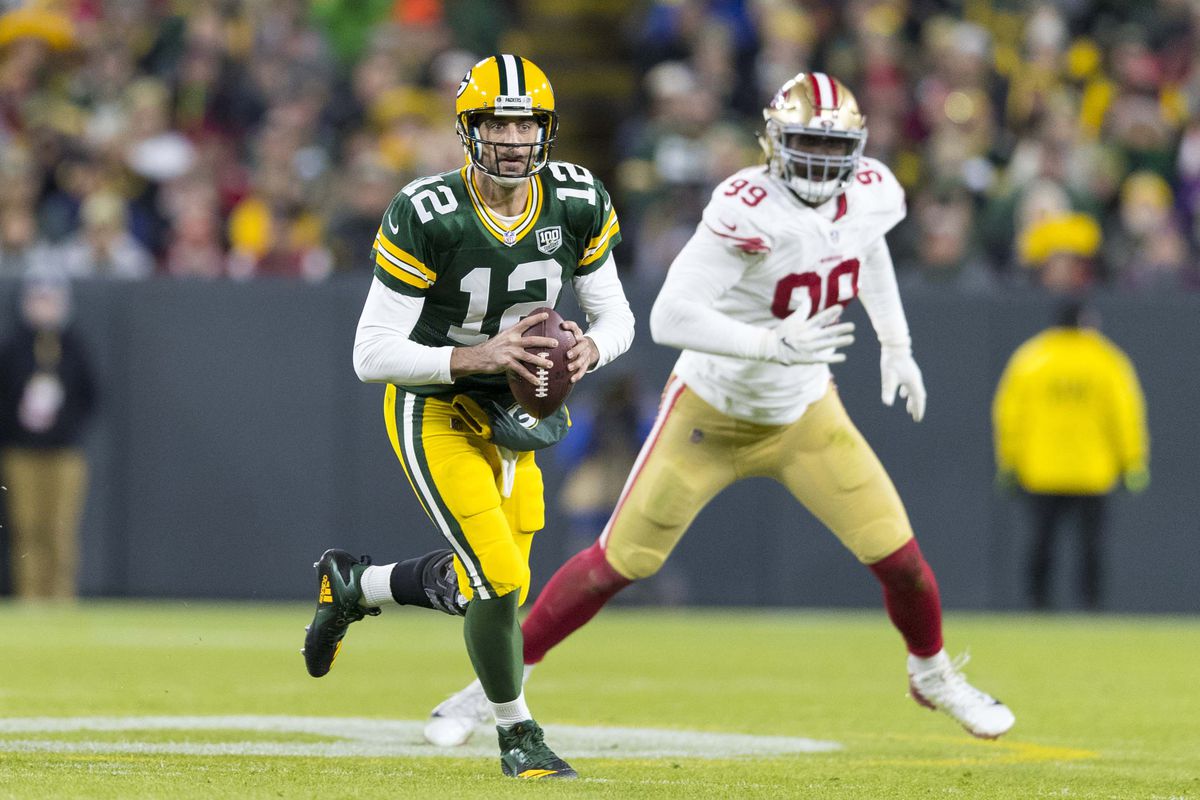 Poker players on Twitter voiced displeasure with how the coaching staffs in the Green Bay-San Francisco game managed the game. (Image: SB Nation)

The Packers kicked a field goal as time expired after driving 81 yards with no timeouts in just over a minute. But, according to armchair quarterbacks on social media, if not for poor coaching, that final drive would have never happened.

Crazy Ending to a Crazy Game

With less than two minutes left and the game tied, the 49ers had the ball at their own 47 yard line. Quarterback CJ Beathard started the drive off by completing a seven-yard pass to his former Iowa teammate, George Kittle.

The ball was now across midfield, putting the Niners in good position to kick a game-winning field goal. Green Bay was out of timeouts, so they couldn’t stop the clock. San Francisco, if they could move the ball another 10-15 yards, would give kicker Robbie Gould an easy to kick to win the game as time expired.

But, like in poker, football strategy doesn’t always work out. On second down, Beathard threw an incomplete pass and followed that up with an interception on the next play. Green Bay got the ball back in a 30-30 tie from their own 10 yard line with 1:07 on the clock. Aaron Rodgers, as he’s done so many times in his brilliant career, led the Packers down the field to win the game.

Rodgers shouldn’t have had a final opportunity, many poker players felt. They claim San Francisco should have run the ball to wind down the clock instead of passing three straight times. Two members of the 2004 WSOP Main Event final table bashed Niners head coach Kyle Shanahan.

Also, no one talking about SF throwing on 3rd n 3 with 1:10 left and GB with no timeouts. You have to run there https://t.co/YT5UsFern4

Runner-up David Williams agreed. He said San Francisco should have run the ball on second and third down. “Been pounding them with the run and have 3 vs 0 timeouts,” he wrote.

Why didn't they run the ball once that drive????

“How do some NFL head coaches stay employed?” he asked his followers. “EXHIBIT A: Kyle Shanahan (architect of the Atlanta Falcons’ Super Bowl meltdown two years ago – now the head guy at San Francisco.’

One way to look at it is Shanahan, whose father Mike Shanahan led the Broncos to two Super Bowl titles in the 1990s, was the offensive coordinator who called the plays for Atlanta during that 28-3 collapse against New England.

Another way to look at it, which Dalla doesn’t mention, is that he was part of the only coaching staff that led the Falcons to a Super Bowl.

I wonder if the Packers would be good if they replaced the coaching staff. McCarthy and staff are just awful….like every year

People always criticize coaching decisions and most of the time it’s solely based on the result but this was just terrible play calling in the situation. Had there been 4:00 min left and Green Bay had 2 time-outs left then you could make the argument for throwing on 3rd and 3. Sometimes I think coaches over think situations and try to catch the defence off guard when they should just trust their offence to execute the play.