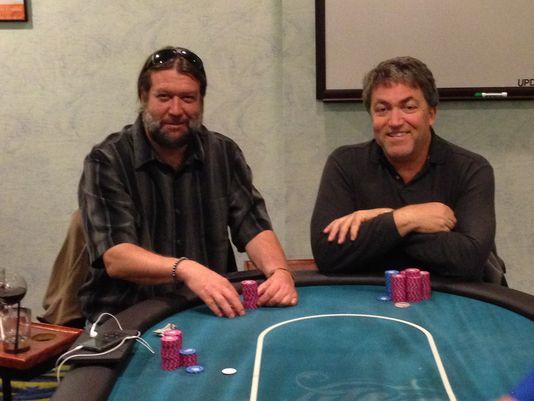 Some Iowa cops may be in hot water after a judge’s ruling. Two poker players are free to sue the Iowa police officers after the players’ bankrolls were confiscated during a warrantless search, per US District Judge James Gritzner.

The pair is also suing the private company Desert Snow, which trains officers in conducting roadside searches. It’s alleged that the company teaches questionable tactics, such as targeting drivers simply because they have out-of-state plates.

In April 2013, Davis and Newmerzhycky were driving through Iowa along the Interstate 80 when they were pulled over. Officers Simmons and VanderWiel allegedly stopped the vehicle for failing to signal as the duo changed lanes on the interstate, although video surveillance in the patrol car later showed that this was not the case.

The officers seized the $100,020 they found in the cars’ trunk, a sum that represented almost the entirety of the two players’ poker bankrolls. They also found a tiny amount of marijuana (0.001 grams), although both men were medical marijuana cardholders in their home state of California.

Davis and Newmerzhycky received felony charges in California and their bank accounts were frozen. Meanwhile, they were forced to spend thousands of dollars to clear their names, with 30 percent of the $90,000 they eventually received back going towards legal bills. During this time, Newmerzhycky suffered a stroke, brought on, he believes, by the stress of the situation.

“There is absolutely nothing illegal or uncommon about people driving through the United States with out-of-state plates…and carrying amounts of cash,” said Glen Downey, the attorney representing the two men. “There’s nothing illegal about carrying cash, and yet law enforcement begins to treat individuals who are carrying cash as if they are criminals.”

“They took everything that I owned at that point in my life, Newmerzhycky later told Card Player. “My game was just starting to get on point and we decided to take that road trip. I was dealing with a lot of personal issues. My mom was battling cancer and they were trying to sell their house.

“Those Iowa cops pretty much put an end to [poker] too and ruined my life. I had people willing to back me at the time, but after this happened that was all off the table. Basically, I had to move out of my house and be homeless for a while because I couldn’t pay my mortgage.”

The judge ruled that the troopers and Desert Snow acted as part of a conspiracy to violate Newmerzhycky and Davis’ constitutional rights, and that the case had every right to go ahead.

The case highlights Iowa’s controversial civil forfeiture scheme, under which nearly $43 million in cash and property has been seized over the last six years.

Wow, cops are the biggest thugs on this planet. Not all cops but the vast majority of them

Lets tax wealthy “job producers” who happen to be the kids of the rich and powerful at 13 percent effectively and make up the difference by snatching up any money that happens to drive into our state….