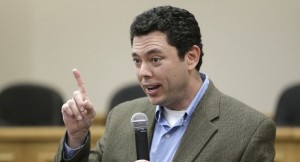 The Poker Players Alliance (PPA) is getting into the midterm election spirit. The organization, which fights for the rights of US poker players, has published a rogue’s gallery of politicians who oppose legalizing Internet poker.

The PPA has named and shamed 22 “political jokers” on its website, a list that includes two governors (Nikki Haley of South Carolina, and Rick Scott of Florida) and a US Senator (Lindsey Graham of South Carolina), all of whom are running for reelection at the forthcoming US midterm elections.

Poker players are encouraged to contact the politicians in the run up to the elections and pressure them to change their views, and presumably to encourage others not to vote for them.

“Over the past year, these ‘jokers’ have advocated for federal and/or state prohibitions for Internet poker,” declares the PPA. “Some have even sought to criminalize those who play … We hope you will take the time to contact these lawmakers before Election Day … and let your voice be heard. It’s time to take the ‘jokers’ out of the deck!”

While the list is presented in a spirit of light-heartedness, there is a genuine fear that these elections could have serious repercussions for the future of online poker in America. The executive director of the PPA, John Pappas, said recently that a Republican majority in the Senate next year, as is predicted, would put online poker in a “precarious position.”

While a broad mix of Republicans and Democrats support anti-online poker legislation, and vice versa, a Republican majority would be particularly dangerous; as not only would it topple online poker sympathizer Harry Reid from his position as majority leader, it would also undoubtedly extend Sheldon Adelson’s influence within the corridors of power. Multimillion dollar donations to the Republican cause and a lifetime of cozying up to the party has bought Adelson a lot of political capital within the GOP ranks.

Moreover, the aforementioned Senator Graham, along with Representative Jason Chaffetz (Utah), are pushing a bill that would introduce a blanket ban on all online gaming, including online poker.

Keep an Eye on Congress

Pappas has also warned the online gambling industry to keep a close eye on Congress after the elections. Rumors have been circulating about the possibility of a move to push through a federal bill to ban remote gaming, albeit with a carve-out for poker, during the so-called lame duck session, the period when Congress meets after successors have been elected, but before the successors’ terms begins.

“There’s certainly opportunity for some shenanigans to happen and everyone in the gaming industry should be keeping a close watch on what Congress may do,” said Pappas, who has said that the PPA will fight any legislation that seeks to ban online gaming at a federal level, even if it contains a carve-out for online poker (although Pappas later sort of, kind of clarified that statement).

Food for thought, but in the meantime, here’s that list of the PPA’s “political jokers” in full.