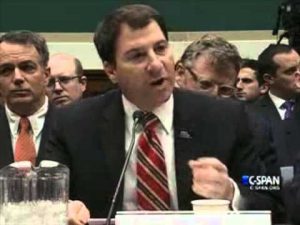 The Poker Players Alliance announced this week that it has filed a motion to join a lawsuit brought by the Commonwealth of Kentucky against PokerStars.

Don’t be alarmed, the PPA hasn’t switched sides, it’s merely concerned that Kentucky is planning to launch a “cynical, big government money grab” on funds that should, in the PPA’s view, be going to poker players.

Kentucky is suing PokerStars in an attempt to recover “tens of millions of dollars” lost by residents of the state between 2006 and 2011, when the company ceased its operations in the US.

Thus, argues Kentucky, all transactions that occurred during this period were illegal and should be reclaimed.

In 2012, the state received a $6 million payment from the federal government to drop a similar lawsuit against Full Tilt that would have stalled the remissions process for that site’s former US customers.

In a press release issued this week, John Pappas, executive director of the PPA, said the existing lawsuit against PokerStars amounted to the pursuit of “an inequitable and unjustified windfall … with a short-term view towards covering budgetary shortfalls.”

“The affected players should be the ones who collect from this suit, not the government and certainly not the attorneys,” said Pappas.

“This entire lawsuit is based on a long-shunned 19th Century sore loser statute, which is about as applicable today as the anti-dueling laws still on the books,” he added.

The PPA instead wants Kentucky to listen to the 14,000 residents who, it says, want the state’s lawmakers to legalize and regulate online poker.

“The Commonwealth has spent countless resources and time figuring out how to extort money from online poker companies when they could have spent that time creating a safe and regulated market that would have raised equal or greater amounts of money to benefit the consumers and taxpayers of the Commonwealth both now and in the future,” said Pappas.

“While we do not believe the suit has merit and will continue to pursue the case in the courts, if there is a monetary judgement it should go toward the consumers who played on PokerStars and not to line the pockets of opportunistic plaintiff’s attorneys,” he said.