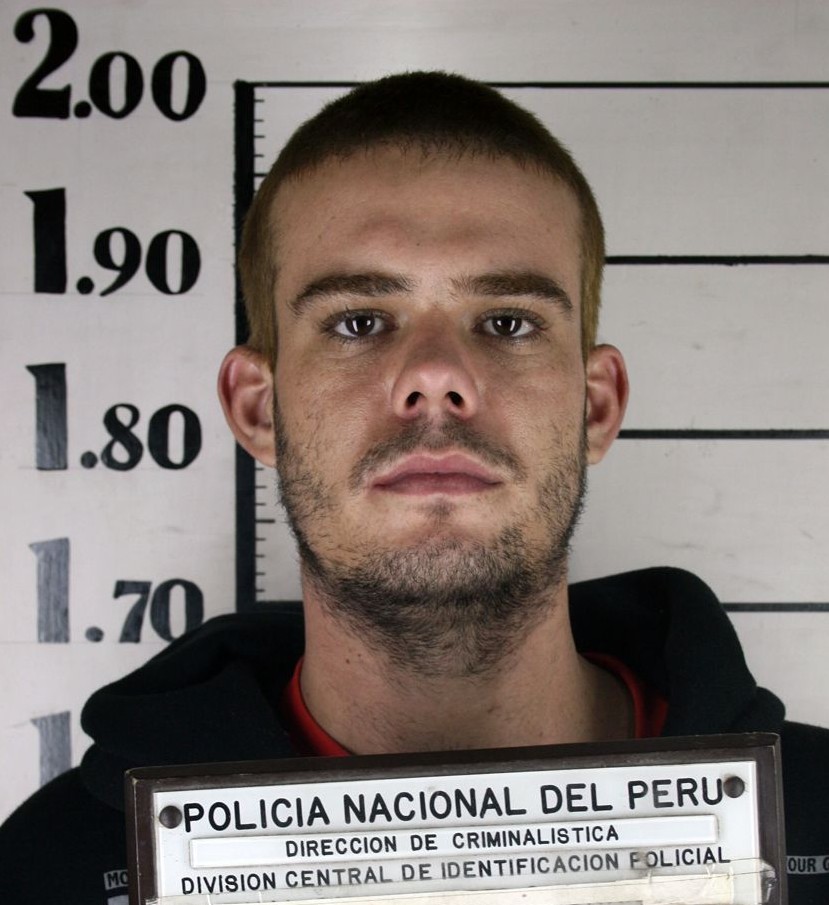 Joran van der Sloot, the Dutch poker player who has for over ten years been the prime suspect in the disappearance of American teenager Natalee Holloway in 2005, appears to have confessed to her murder. Van der Sloot was secretly filmed telling a National Enquirer journalist that he was “guilty” in the case.

The Dutchman is currently serving a life sentence for the murder of another woman, Peruvian student Stephany Flores, whom he bludgeoned to death in a hotel in Lima in 2010, five years to the day from Holloway’s disappearance.

He had traveled to Peru to play in the Latin American Poker Tour there, where he met Flores.

Van der Sloot and two of his friends, brothers Deepak and Satish Kalpoe, were the last people to see Holloway alive. The 18-year-old high school graduate from Birmingham, Alabama had traveled to Aruba with around 100 classmates to celebrate the end of their exams.

Holloway met van der Sloot in a casino on the island, and was seen dancing with him later at a nightclub. She left the club with the Dutchman and the two brothers, never to be seen again. Her body, assuming she was murdered, has never been found either, making pressing murder charges extremely difficult, although not impossible.

Van der Sloot has twice been arrested in relation to Holloway’s disappearance, in 2005 and 2007, but released due to lack of evidence.

Speaking in Dutch to a National Enquirer reporter, van der Sloot grins in newly released footage, as he recalls how he consistently misled police investigating the Holloway disappearance.

“I always lied to the police,” he boasts. “I never told the truth. I made up so many stories against the police … Also when I was younger, I never told everything. The police just never knew what they had to ask me . . . I think that was one of the worst police investigations that ever took place!”

“Are you talking about the Holloway case?” asks the reporter.

“Yes, yes, yes,” comes the reply. “Yes, this is also where I am guilty and I accept everything that I have done.”

The Enquirer notes that the word “accept” is synonymous with the word “admit” in Dutch.

The question remains, given the Dutch murderer’s rather slimy past, as to whether he is saying he is guilty of murder or merely of misleading the police? Is this a confession or just another one of his disturbing mind games?

The one-time professional poker player is due to be extradited to the United States to face charges of extortion and fraud for falsely promising to reveal the whereabouts of Holloway’s body to her family in exchange for a $24,000 “ransom” payment for the information. That payment was less than 10 percent of what van der Sloot had originally demanded, but was a bad bet nonetheless, as he never revealed anything to the family.

His extradition can’t take place until he has completed serving his current murder sentence for Stephany Flores in Peru, which isn’t up until 2038. Meanwhile, the Holloway family has said this latest stunt is just another of van der Sloot’s attention-getting schemes, and worth nothing at all to them.

This sloot is clearly a psychopath. He incriminated himself in Natalee Holloway’s murder a long time ago. Unfortunately, he went free and murdered another girl. He may have killed more people, prison is the right place for this danger to society.