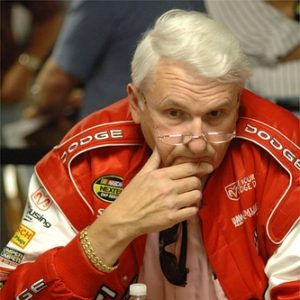 Tony Korfman, a popular poker and gaming personality, passed away at the age of 71 last week. (Image: onlinepoker.net)

Tony Korfman and Liam Flood, both well-respected poker personalities, passed away last week, both at the age of 71. Korfman did not have a tremendously distinguished career at the felt, but gained notoriety through his work in the gaming industry, once having served as the general manager of various casinos.

Flood was one of the most influential members of the Irish poker community, helping the poker scene  in Ireland develop further by winning tournaments and taking over the Irish Poker Open as its director.

While Tony Korfman had modest career earnings of a little more than $350,000 on record, he gained most of his poker tournament playing fame by finishing in second place at the 2007 World Series of Poker (WSOP) Seniors’ Event. Even without that finish, Korfman would be remembered well, as he was a strong force in the Nevada gaming scene, having held the title of general manager for both the Edgewater Casino and the Gold Strike Casino in Boulder City.

Korfman might be best known for his writing, as his numerous strategy guides sold well through the years. He wrote extensively about the games he loved, including poker, craps, roulette, and keno. His respected “jack of all trades” knowledge on all games played in a casino still continues on as his legacy in the publishing world.

His last book was “Texas Hold’em: Tournaments, Cash Games and Embarrassing Social Gas,” which was published in 2007. The title alone is a great hint to the humor with which Korfman approached his craft and his life. Nolan Dalla, a beloved poker personality and writer in his own right, spoke publicly about Korfman, saying that he was one of the most vulgar, shocking, and hilarious people he’d ever come across in a poker room.

Liam Flood remains one of the most successful poker players in Ireland’s history, ranking ninth for all-time money earnings at approximately $1.14 million at the time of his death last week. He won the Irish Poker Open in 1990 and then won it again in 1996 to cement his legacy in his home country. After good friend Terry Rogers, who created the Irish Poker Open, passed away in 1999, Flood kept the tradition alive by becoming the tournament’s official organizer and director.

Vicky Coren-Mitchell, upon hearing the news, tweeted, “May his twinkling, sporting spirit live on in the game.” Meanwhile, popular pro Liv Boeree tweeted, “Very sad to hear about the passing of Liam Flood. He was a pillar of the Irish poker Community & a true gent. Rest in Peace.”

Other notables sent in their condolences via social media channels, including James Hartingan, Barry Carter, Nicolas Levi, and Kara Scott, each paying their respects.

A Tough Summer for Poker

The news of Korfman’s and Flood’s passings comes on the heels of a very difficult period of time for most in the poker community. It was only a couple of months ago that the news regarding 29-year-old Johannes Strassmann shook the poker world to its core. Strassmann, a popular young pro, had gone missing one night with his body found in the Ljubljianica river. In July, the poker world said goodbye to one of the real good guys of poker (and the world), in Chad Brown. The 2006 BLUFF Player of the Year succumbed to a rare form of cancer at just 52 years of age.

Tony mailed me & a friend a couple signed copies of his last book … seemed like a super nice guy! RIP Big Tony!