Facing divorce and a rocky career patch, actor and poker aficionado Ben Affleck announced on Tuesday that he’d completed a second stint in an alcohol treatment program. His first trip was back in 2001. 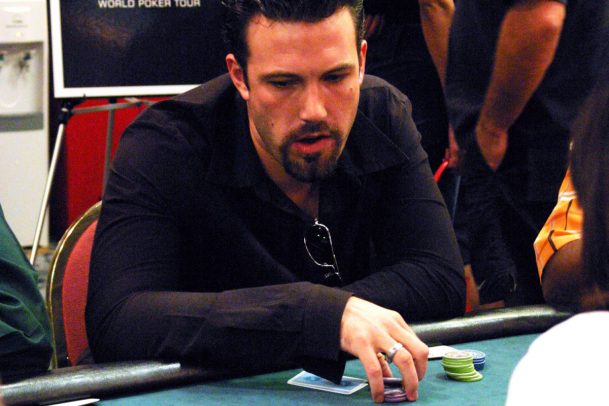 It’s not known what facility he entered or how long the period of rehab was, but Affleck went voluntarily and divulged the news on his Facebook page.

“I have completed treatment for alcohol addiction; something I’ve dealt with in the past and will continue to confront,” he wrote.

Though he has never admitted problems with gambling, the 44-year-old has been embroiled in a couple of gaming-related scandals.

In 2014, he was barred from the blackjack tables of the Hard Rock Casino in Las Vegas for card counting, after winning a reported $1 million in two visits to the off-Strip location. Poker is another hobby, and after getting instruction from noted professional and fallen heroine Annie Duke, he won the 2004 California State Poker Championship.

Like many in La La Land, Affleck had the bankroll and the hookups to play among the glitterati in some super nosebleed private home games. In 2011, he was named as one of the A-list Hollywood stars playing in a high-stakes Hollywood home game hosted by Molly Bloom, dubbed the “Poker Princess.” Those poker sessions reportedly included fellow stars Matt Damon, Leonardo Di Caprio, and Tobey Maguire.

Bloom wrote later in her tell-all-book-about-to-be-released-as-a-movie about her experience running the illicit sessions that the dashing star “. . . was tall and handsome with a relaxed charisma that not all icons have in person.” The movie version of her saga, Molly’s Game, is expected to hit theaters this summer

His first jaunt at a treatment facility was to the famed Promises Addiction Treatment Center in Malibu, California, 16 years back.

After that stay, a spokesman said: “Ben is a self-aware and a smart man who has decided that a fuller life awaits him without alcohol. He has chosen to seek out professional assistance, and is committed to traveling a healthier road with the support of his family, friends and fans.”

With a divorce to actress Jennifer Garner looming and his nearly universally panned movie flop Live by Night (which he also wrote and directed), Affleck decided to make a return visit to sobriety.

“I want to live life to the fullest and be the best father I can be,” Affleck wrote on Facebook. “I want my kids to know there is no shame in getting help when you need it, and to be a source of strength for anyone out there who needs help but is afraid to take the first step.