The inaugural Poker Masters high-roller poker series got underway at the Aria in Las Vegas on Wednesday, with the first of four $50,000 buy-in events playing down to a final table of seven. 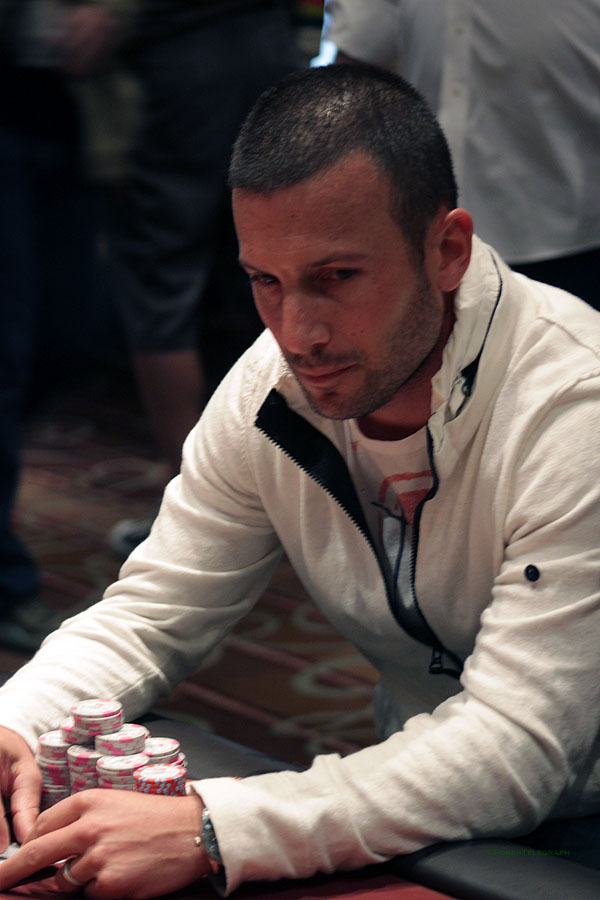 The tournament kicked off with 33 players, and in the end, after latecomers like Phil Hellmuth showed up and some early bustouts took advantage of the single re-entry option, there were 51 $50k entries in the prize pool.

When play resumes at noon PT on Thursday, Matt Hyman will start with a slight chip lead. The subscription app PokerGO will be broadcasting the final table on a half-hour delay, beginning at 12:30.

Hyman is no stranger to small-field high roller events. He’s competed in $25,000 and $50,000 Aria high-roller tournaments before. But at the same time, the Californian has only $1.3 million in career live tournament winnings, so a victory on Thursday would come close to doubling that figure.

The first-prize payout in this first Poker Masters tournament is $918,000.

The final table includes four Germans but, surprisingly, Fedor Holz and Rainer Kempe aren’t among them. They busted on Day One well short of the money.

Day Two begins at noon PT on Thursday. You can catch the action on a 30-minute delay on Poker Central’s new app, PokerGO, beginning at 12:30.

It doesn’t appear anyone was more motivated and excited for the Poker Masters than Daniel Negreanu. He took on some high-stakes side bet action and confidently predicted he will win the 2017 “Purple Jacket,” awarded to the player who makes the most money throughout the five-tournament series.

Negreanu, who showed up wearing a purple jacket of his own, won’t win the first event. But he did pick up a min-cash, busting out in 8th place for $102,000. The tournament paid eight players.

For Negreanu, who used the single re-entry option in this event, that’s just a $2,000 profit, barely enough to pay for one month’s worth of his vegan grocery bills.

The Team PokerStars Pro and long-time face of the world’s largest online poker site had a golden opportunity to make the final table when Nick Schulman shoved his 495,000-chip stack all-in from the cutoff with K♣J♣. Kid Poker woke up with J♠J♦ in the small blind and also went all-in for 505,000, just enough to have Schulman’s covered.

All looked good for Negreanu on a flop of 2♥10♦8♦. Schulman picked up a few more outs when the Q♦ fell on the turn, but they couldn’t be of the diamond variety. With Schulman looking for a non-diamond nine, ace, or king, Negreanu was approximately 80 percent to win. But like the 2016 US presidential election taught us, favorites don’t always win.

The river came 9♠. And like that, Schulman doubled up to over 1 million in chips, while pushing Negreanu to the brink of elimination. He busted the following hand with less than one small blind.

With that elimination, the grueling 13-hour session concluded at around 3:30 am.

Less than nine hours later, the remaining players have to be back at the Aria for the Day Two finale. The tournament is on Level 20 with blinds at 15k/30k and a 30k ante that is paid by the big blind on every hand.

Some notable Day One bust outs included Phil Hellmuth, Fedor Holz, Scott Seiver, Doug Polk, Erik Seidel, and Brian Rast, none of whom cashed. They gave a good sense, however, of the range of pros we can expect to see all week fighting for big paydays, and perhaps denying Negreanu that Purple Jacket.

Thursday is also the start of the second of four $50,000 buy-in Poker Masters events. This one kicks off at 2 pm PT, with PokerGO starting its coverage at 2:30.

Are the cards up on poker go?