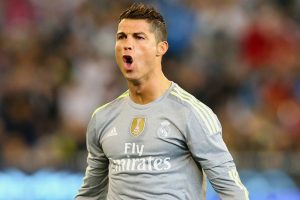 If there was one theme that seemed to dominate the headlines in 2015, it was the amount of love sports stars were getting from the leading poker operators.

Although online poker and sports have always had something of a connection, things appeared to move up a gear this year with high profile signings from the soccer world.

While sporting figures such as Shane Warne (an 888poker ambassador) are stars in their own right, they can’t quite compare to the popularity of Cristiano Ronaldo and Neymar Jr.

Not only do they play for two of the biggest teams in the sport, Real Madrid and Barcelona, but they have more than 200 million social media followers between them.

In fact, Ronaldo became the world’s most popular sports figure in 2015, eclipsing the likes of LeBron James and Floyd Mayweather and joining stars such as Rihanna in terms of global reach.

This popularity was enough to push PokerStars into acquiring his services, as well as Neymar Jr.’s, in 2015.

Having already set a precedent for signing sporting talent under its old regime, before it was purchased by Amaya, PokerStars enlisted the services of the soccer players in 2015 to good effect. A series of ad campaigns were quickly followed by a string of appearance at live events by Neymar Jr.

First supporting another PokerStars pro, Felipe Ramos, at the WSOP, Neymar Jr then joined the action at EPT Barcelona and helped the festival break a slew of records, including the largest EPT Main Event ever with 1,673 entrants.

Unfortunately, it’s not been easy sailing for PokerStars’ sports stars in 2015.

Neymar Jr was removed from the site’s Dream Team promotion in the UK because national gaming laws prohibit the use of anyone under the age of 25 being used in commercials.

Although representatives for the player dismissed the allegations as a misunderstanding, the negative press wasn’t something PokerStars was particularly pleased about.

Why the Love for Sport?

It became clear that PokerStars was pushing for a new demographic in 2015.

Under the leadership of Amaya, more casual players and newbies were being drawn into the site and the signing of soccer stars was all part of this marketing drive. Ronaldo and Neymar Jr. have the ability to appeal to many millions of potential players, unlike any other PokerStars pro of the past.

Although Daniel Negreanu and Jason Somerville have healthy followings in the gaming world, their popularity isn’t even a fraction of Ronaldo’s.

In fact, such was Amaya’s drive to attract casual players through the use of sports stars that it decided to release a number of long-serving pros. Vanessa Rousso and Jonathan Duhamel were two high-level players who relinquished their patches in 2015.

Also a casualty of this new soccer-based focus was Rafa Nadal. Although a global sports star in his own right, the Spaniard’s contract came to an end this year. With less time to dedicate to the game and more focus being put on Ronaldo and Neymar Jr, he decided to move in a new direction.

Poker sponsorships certainly underwent something of a change in 2015 and with Ronaldo and Neymar Jr. bringing thousands of new players to the game, it’s likely this love of sport will continue to expand in the coming year.

Although Barcelona has always been a popular stop on the European Poker Tour, the presence of the city’s leading soccer star certainly helped push the numbers to record levels in 2015.

Joining the action as a player and an ambassador, Neymar Jr. generated a huge buzz and that’s since carried over into the online arena (the Dream Team promo increased PokerStars’ traffic by nine percent to 15,500 average cash game players per day).

How does the landscape look heading into 2016?

Poker is now fusing with casino gaming and sports betting like never before, and the best way to attract casual players to this new world is to use mainstream stars.

Sports stars have millions of fans in the online arena and there are always comparisons that operators can make between sport and poker. These two facts make them marketing gold and likely targets for the leading operators in 2016.

its too bad rafa nadal is no longer under P-Stars contract . although he seldom dominates the tennis events like he did in the past , I still enjoy his ceaseless determination . a focus on his sport alone might be needed . perhaps if and when online action returns legally to the US some big name American athletes will get signed .