Are you a poker player who likes to take risks, or do you prefer to play it safe?

As we all know, poker players come in all shapes and sizes. From tight-aggressive to weak and passive, your playing style is often a product of your inherent personality. According to recent research, it might also be a product of your environment. 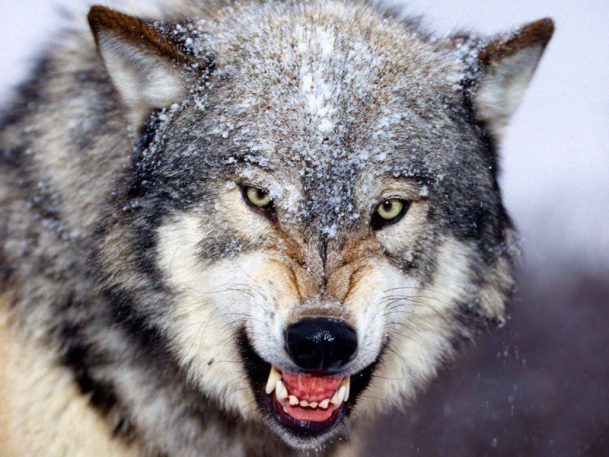 Are you a poker wolf or a do you play it safe, like dogs? New research involving both species suggests that risk-aversion could be an evolutionary trait. (Image: shlok.mobi)

Using the idea of gambling to study the behavioral differences between wolves and dogs, researchers at the Wolf Science Center in Austria found that evolution has played a part in how many chances we’re willing to take.

After the learning process, the animals had to make 80 choices, and when the results were in, the researchers found that wolves chose the “risky” bowl 80 percent of the time. In contrast, dogs opted for this option just 58 precedent of the time.

Analyzing the results, researchers concluded that the environment in which dogs and wolves have evolved may have contributed to their levels of risk aversion.

“This difference, which seems to be innate, is consistent with the hypothesis that risk preference evolves as a function of ecology,” said postdoctoral fellow at the Wolf Science Center, Sarah Marshall-Pescini.

The historical domestication of dogs has been cited as the reason that they are more risk averse than wolves, which have been forced to hunt in harsh conditions over the centuries.

Have You Learned to be Risk Averse?

If this holds true, it would suggest that not only are humans likely to be more risk averse than earlier versions of man, but that our environment could influence our decision-making process.

It could even be the case that those who have an easier route through life are less likely to take a risk than someone who has been forced to take chances.

Of course, this is a rudimentary way of breaking down the results of the study, but there does seem to be a suggestion that your poker style could be a product of your earlier life and the obstacles you’ve been forced to face.

While we’re certainly no scientists here, we’ve come up with a hand which could help you identify whether you’re a poker dog or a poker wolf:

At this point you have three options:

Fold – which is the safe option.

Call – a safe option that will work in your favor 50 percent of the time.

Raise all-in – the risky option that could cost you your stack 50 percent of the time, but win you more chips the other half of the time.

Do you fold, call or raise? Your answer might show you whether what your inner animal generally tells you to do in difficult situations.

If genetically you are “fish”, then it is better not to play at all… 🙂