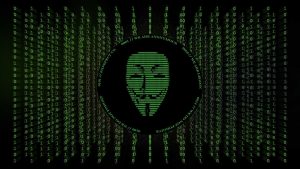 Poker is helping in the fight against computer hackers thanks to the supercomputer that battled against four pros back in 2015.

Claudico, an artificial intelligence-based computer created by researchers at Carnegie Mellon University, could hold the key to tackling security threats in the future according to Professor Tuomas W. Sandholm.

Sandholm and his team are currently working on artificial intelligence and deception in a bid to refine Claudico’s poker skills to the point where it can outperform the top No Limit Hold’em players in the world.

Back in 2015 the computer program put up a strong fight against Doug Polk, Bjorn Li, Dong Kim, and Jason Les, but ultimately fell short and lost $732,713 after $170 million had been wagered.

However, while the result went the way of the humans, it was considered a virtual draw in mathematical terms which prompted many to suggest that computers aren’t that far away from solving No Limit Hold’em.

While the results of the man vs. machine battle were certainly interesting for us here in the poker community, it appears the efforts of Claudico have wider ramifications.

According to Sandholm, problem-solving algorithms, such as those used by Claudico, could be used to detect hackers trying to infiltrate a secure network.

By using computer programs that can think for themselves, detect the strategies of an opponent (i.e. a hacker) and then figure out a way to exploit the opponent’s weaknesses, Sandholm believes cyber security systems can be improved.

Not only that, but artificial intelligence could also be used to solve a myriad of issues. Another example referenced by Sandholm in CBS News’ article is medical treatments.

Of course, these sorts of applications could be as far as a decade away, but the seeds are already there as Sandholm and his team have demonstrated in the poker world.

As we all know as players, success at the poker table requires a combination of logical deduction, mathematics, intuition and timing and if artificial intelligence machines can acquire these skills it could open up some interesting possibilities.

For now, however, the fight between man and machine at the poker table will likely continue for a few more years yet.