After Monday’s shocking announcement that the World Series of Poker will scrap the November Nine concept in 2017, poker players took to social media. But instead of ruthless debate, as is customary with word of any big poker-world shift, players seemed overwhelmingly united in support of the WSOP move. 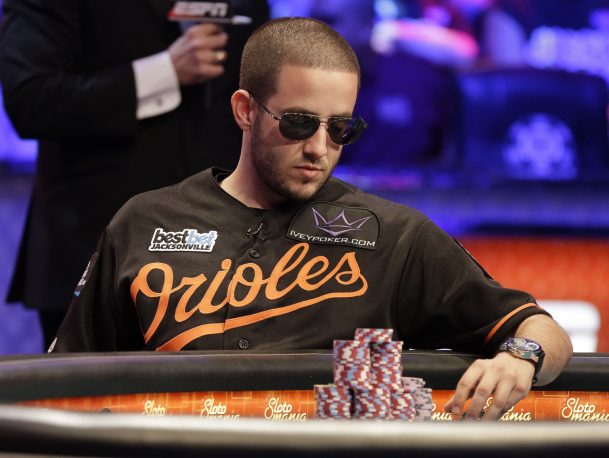 Greg Merson, a 2012 November Nine participant and champion, may have to choose between marriage and poker if he makes the 2017 WSOP Main Event final table. (Image: AP)

Effective immediately, the Main Event final table will take place in July for the first time since 2007. The plan is for the tournament to take a two-day break upon reaching the final table, as opposed to the nearly four-month pause that has been part of the World Series for the past nine years.

Through a partnership with PokerCentral and ESPN, the plan is to offer live coverage (delayed by a half-hour to appease gaming regulators) of the entire Main Event.

“Chalk this up as #goodforpoker,” Daniel Negreanu opined on Twitter.

Phil Hellmuth, who won the Main Event in 1989, was less understated in his analysis. “WOW!! LIVE @WSOP Main Event coverage on @ESPN for TWELVE days!!” he tweeted. “HUGE HUGE news for poker world!”

Two past November Niners and champions, Joe Cada (2009) and Ryan Reiss (2011), both from Michigan, shared their thoughts about the format change with the Detroit News.

“I think it’s good that it’s going away,” 2011 champion Reiss said. “It would be really bad for poker if a November Niner was unable to make the final table (prison, death, etc.).”

Cada concurred. “I think it was overdue. Especially [with] how much money is on the line. Accidents do happen,” he said.

Both players said they enjoyed the November Nine experience, but agreed the “new” format will be better for poker.

But not everyone celebrated what the move back to July would mean. Greg Merson, 2012 Main Event winner, is going to be in a sticky situation if he makes it back to the final table. He’s scheduled to be married on July 22, the last day of this year’s Main Event. But his fiancé might have a solution.

“Who am I going to pay to go all in every hand against @GregMerson to ensure he makes it to OUR wedding on July 22nd?” she posted on Twitter. @JulieAnnaXOXO closed her tweet with “unamused” and “thinking” emojis.

Cate Hall, a poker pro who is well-known for her sharply worded opinion on everything also presumably gave her take on the WSOP’s Monday announcement. But we can’t confirm or deny that because she has everyone blocked on Twitter.

That 4 month break never made sense and could have many possible problems this is proper acouple days to regroup and finish it ,,,even a week would be great ,4 months made no sense

Thank God this is over, in 2009 Phil Ivey had all the momentum going into the final table of the WSOP main. then after a 5 month delay, fizzled cold and the world was robbed of a Phil Ivey main win.