Poker in China: Investors Looking to Back Latest Esport 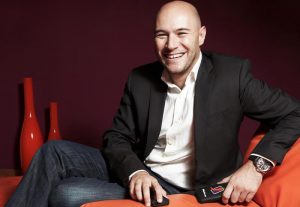 Alex Dreyfus tells the media how he’s selling his vision of poker to China and how more investors could now join the mix. (Image: globalpokerindex.com)

Poker and China have become inextricably linked over the last few years. Now, with the help of business investors, the game and the country could become even closer.

With the poker industry reaching something of a plateau over the last five years or so, insiders have been looking for where the next “boom” might happen. India has often been touted as a potential location, but China has always been seen as the most lucrative.

Thanks to a population of more than 1.3 billion and a burgeoning economy, China certainly has the potential in terms of people and wealth.

However, legal issues for both live and online operators have often hampered the growth of poker across the country.

But, as is often the case when there’s money to be made and entertainment to be found, things can change and the tide seems to be turning at the moment. With major companies across the country looking to invest in the latest breakthrough sports, poker could be in the running to receive a much needed boost.

Detailing the potential of poker in China, James Porteous of the South China Morning Post pointed to the recent rugby investment by Alibaba. After pledging to spend $100 million to make rugby a mainstream sport in China, some now believe that poker could be next.

One man who knows all about Chinese investment is Global Poker League founder and CEO, Alex Dreyfus. Talking to Business Insider, Dreyfus not only outlined how he raised $9.4 million through companies such as Beijing’s Ceyuan Capital, but how poker is a competitive sport.

Using his trademark term “sportify” poker, Dreyfus explained how the nuances of poker make it possible for the top players to win time-and-time again.

“Tournament poker is a competitive game and like esports, the poker we envision is being structured as a sport,” said Dreyfus.

The Birth of a New Esport

Linking poker to esports is a shrewd move by Dreyfus. Currently one of the most popular entertainment spectacles in the country, China now hosts more than 1,200 professional esports events with prize money well into the millions.

In fact, the growth of esports in China has resulted in the industry generating $463 million and if poker can get in on the act, it could spark another industry-wide boom. Indeed, with the US still out of action for the majority of international operators, the rise of online poker in China would be hugely positive.

Of course, there are a number of things that need to happen before this dream becomes a reality, but it certainly looks achievable given the current wave of investment from Chinese businesses.

Although it’s unlikely we’ll see an Alibaba-sized company come in and throw $100 million at the industry, there’s certainly a chance we’ll see more businesses buying into the idea that poker could become the next esport.