Poker Central to Give $1M to Predictor of Super High Roller, But You’ll Need to Guess All Seven FT Spots Correctly

Poker Central wants to give you $1 million.

All you have to do is sign-up, choose a few poker players and their finishing order correctly, and the money will be yours. Okay, it’s not that easy, but a seven-figure payday does await without any buy-in. (You know that means an insurance underwriter is biting his nails somewhere, praying that no one is spot on. With these odds, his job is probably safe). 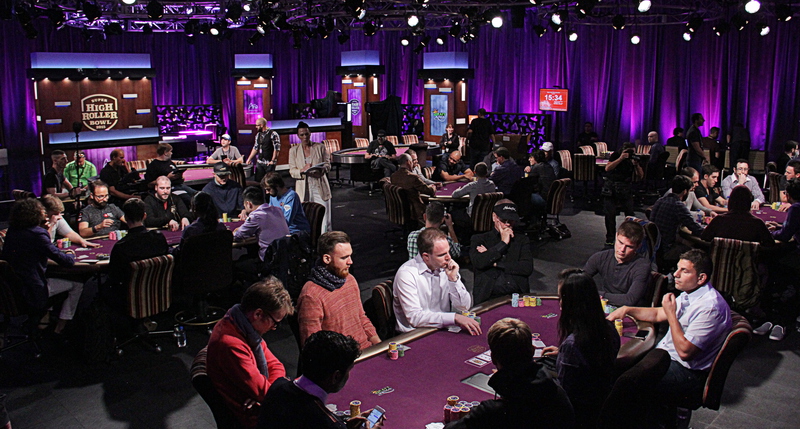 Poker Central is potentially giving away $1 million in a contest for this year’s second edition of the Aria Super High Roller Bowl in Las Vegas. (Image: cardplayer.com)

Rast, along with 48 other players, will be back to defend his crown again this year. You can’t enter the tournament, as it’s sold out. But you can still win big without risking the $300,000 that most of us don’t have anyway.

There are more than one way to make a million dollars, of course. You can build a successful business, win the WSOP Colossus, or wait for a wealthy family member who adores you to pass away. Or you can enter Poker Central’s Super High Roller Bowl contest, for free, and no one has to die to enrich your coffers.

Poker Central’s MVMT Million Dollar Final Table Challenge is simple enough to enter. Just head over to the 24/7 poker channel’s website to register, then select the seven players you think will finish at the final table and their exact order of finish. Easy breezy, right? Sure.

If you accurately project the outcome (and you’re the only one who does), you win $1 million. If no one picks the finish in exact order, the participant who scores the most points wins a consolation prize of $10,000. So even if you don’t get every selection correct, you could potentially still take home a nice chunk of change.

This poker tournament might not get as much recognition as the NCAA Men’s Basketball Tournament, but the contest structure is somewhat similar. In March, after the NCAA Tournament teams are selected, ESPN hosts a Bracket Challenge. If anyone has a perfect bracket, accurately projecting the outcomes of every game, they win a boatload of money.

What Are Your Odds of Winning a Million?

You might not want to count your Benjamins just yet, though. The chances of having a perfect entry in this contest are astronomically minute. We don’t have an actual odds structure for you; there are just too many variables to base that on. But you can be sure some actuarial guy crunched it out close enough, and found the odds to be way in his company’s favor.

There are 49 highly skilled poker players in the field. But poker, as we’ve all learned the hard way at one time or another, is a game where skill is often trumped by luck.

Although certain players have an edge over the competition, one or two bad cards can change everything. That makes it extremely difficult to project the finish of any poker tournament, let alone the order of who finishes in what spot.

The Aria Super High Roller Bowl is a four-day event. It will be aired live, but not on Poker Central, according to the network’s Twitter account. An announcement will come soon regarding those broadcast details.

Due to contest law restrictions, only those residing in the United States are eligible to enter.